The Bo? Sox have had an interesting season to say the least. And with the post-season nearly upon us, Lee weighs in on the problems in Beantown. And oh yeah, he?s got some Locks for you, including the MNF game in Dallas. 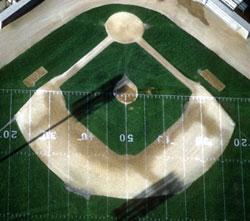 Many thought that the Donovan McNabb stay/visit/tenure in Washington was not indicative of his skills or of his game as it is today.  Now, admittedly, I?ve seen only portions of the three games that Minnesota played in this young season, but Mr. McNabb seems to look like the very same guy that played for the Redskins to this viewer.  Minnesota?s 0-3 start is a study in that stark reality.

Question:  What was QB Mark Sanchez doing in that game when the Jets played Jacksonville last Sunday long after it was a rout by New York?  The game was beyond decided yet coach Rex Ryan left him in there to get needlessly battered--so please don?t tell me it was to bond with Plaxico Burress because he had four receptions in eight quarters of football involving two games.  I think that one of the important points is to prolong the health of your starting quarterback whenever possible, but it?s possible that he deserved a good beating, and it was not widely known to the average viewer who may have felt at least some pity for the guy.

The completely horrible Kansas City Chiefs have allowed an average of 44.5 points while scoring an average of 5.0 in their first two games (NFL rank is surprisingly No. 32 in both categories).  Their next game was at San Diego, and they actually scored a whopping 17 points.  The Chargers, however, scored 20, so it?s loss No. 3 for K.C., and I?d say that they miss Charlie Weiss, and it doesn?t look good for Todd Haley either.

Speaking of not looking good about now... you have to wonder if the term ?job security? and the name ?Tony Sparano? have anything in common.  I think not.

Carson Palmer is watching football at home on TV.  He won?t play for Cincinnati and the Bengals won?t trade him, so there he sits with his remote in hand.  Is he an elite quarterback anymore?  No, he?s not, but I?m having a tough time thinking he?s not an upgrade over some of these starters in today?s NFL and much more than just one team comes to mind.

Do the New England Patriots and the San Diego Chargers of the Dan Fouts? era have anything in common?  Lots of offense with sporadic defense could possibly be it.

It?s hard to believe that the film ?Moneyball? could be accurately told in that particular venue, yet it does seem compelling to a baseball fan.  It?s based upon the premise that GM Billy Beane and assistant GM Paul DePosdestra (Peter Brand in the film) could accurately identify their better players and then supplement them with low-cost role players to cost-effectively challenge the big market teams for a championship at the turn of this century.  They were relatively successful and the movie is likely worth seeing.

Congratulations to the Buffalo Bills (3-0) defeating the Patriots (2-1) 34-31 in Orchard Park (stunning) and the Cleveland Browns (2-1) beating the Dolphins (0-3) 17-16 on the lakefront.  Note: The Steelers game at the Colts was not yet concluded when the column was submitted for editor?s review.

A Tale of Two Teams:
I thought that we would try something a little different where we would pick two teams and get a little closer look at what?s happening with them.  It could be baseball, football, or any sport or competition between teams or individuals where a comparison could be drawn.  Since the season is winding down, heck, let?s go with baseball:

The Boston Red Sox.  When the season began, many were eager to match up the Red Sox with the Phillies for the World Series.  On paper, it was perfect.  Then they decided to play out the schedule and actually see what would happen.  The Sox started the season losing eight of 10, and we thought it was an aberration, you know, like a lunar eclipse or a day without another Wal*Mart opening somewhere.

In fact, they managed to get right back into the thick of things and they *gulp* remain there today, sort of.  Yet what?s happening in September is a serious disappointment.

As of September 24, they had won five of 22 games -- that?s a clip of 23 percent ? with those five wins coming at home.  It?s been injuries, like any club, yet the starting pitching has been their number one problem by far.  Other than Josh Becket and Jon Lester, who have been rather spotty, the rotation has not made consistent quality starts and John Lackey has been a major disappointment in his two years in Boston and the injury to Clay Bucholz was also a significant blow.  The Sox will never catch the Yankees and will likely lose out on the Wild Card as well with this sensational collapse.  More on that in ?Far Out?.

The Tampa Bay Rays.  I typically and humorously call them ?St. Petersburg? since that?s where they actually play baseball, but call them whatever you want, just don?t call them ?out of it? because they are certainly not by any stretch.  You know the Rays--the team no one considers to be a contender because they have a small payroll when compared to the big market teams, but there they are, refusing to just go away.  This is the team currently in the Red Sox? rear view mirror, and they are so close as to block out any other scenery ? even daylight.

On September 1, the Rays trailed second place Boston by nine games and were eight-and-a-half back in the AL Wild Card hunt.  As much as the Sox fell, the Rays surged and have almost overtaken the supposed AL champion with the season now winding down.  They have a series first in the Bronx and then against the Blue Jays, and if they don?t make it, they have nothing to be ashamed of.  This is one good baseball team and no one wants to see them in the postseason.

Recap:
For Tuesday, Sept. 20, we had the St. Petersburg Rays annoying the hated Bronx Yankees, and I went with St. Pete.  Not too smart as the Yanks beat them 5-0 behind Ivan Nova, quietly at 16-4, 3.62 ERA, and pitching a shutout into the eighth inning.

On Wednesday, I took a look at the San Francisco Giants at the L.A. Dodgers, and San Fran took this one, 8-5 from L.A., keeping their slim playoff hopes alive.  I picked San Fran and 2011 success story Ryan Vogelsong, 12-7, 2.81, who notched the win.

Then on Thursday, I had the L.A. Angels going up against the Toronto Blue Jays at home.  The Angels are breathing down the necks of the Rays and Red Sox for the Wild Card spot and needed to go for a sweep of the troublesome Jays.  The Blue Jays took it, 4-3, helping me to go 2-1 for the week, bless their pointy little heads.

The Picks:
Let?s go with some football first, shall we?

Monday night NFL, September 29 has the Washington Redskins at Dallas Cowboys.  Oh, baby!  The ?Skins are 2-0, and Dallas is 1-1 with Tony Romo playing lights-out last week with cracked ribs and a punctured lung.  No problem, my friend.  We don?t know if Romo or backup Jon Kitna will start for the Cowboys, but regardless, I?m taking Dallas in their 2011 home opener.

On Tuesday, it?s back to baseball with the evil New York Yankees at the St. Petersburg Rays.
I?m going with the Rays who don?t know what the word ?quit? means.  The Yanks have nothing to lose and the Rays, everything.

For Wednesday, let?s get out of Dodge with the Philadelphia Phillies at the Atlanta Braves ? a battle between first and second place teams in the NL East.  Atlanta can?t catch Philly, but they need to win to stay in the NL Wild Card race.  I?ll take Atlanta in this tilt.

Note:  The MLB regular season ends on Wednesday, so there will be no scheduled games for Thursday.  We?ll be picking some in the playoffs, though!

And another thing:
On paper, the Philadelphia Eagles have a team to die for.  They have talent everywhere, except the one place where it is definitely important to be solid or at the least not lacking: the offensive line.  That?s their Achilles Heel.

Michael Vick has already suffered a concussion (friendly fire, mind you), and although backup Mike Kafka played fairly well after Vick was injured, he?s simply not Vick.   If they are going to make some noise in the NFC or at least make the playoffs, you would think that the offensive line would need to be addressed in some fashion because they still look like the line that the Steeler?s manhandled in the preseason.

Now it looks like Vick has a broken hand (non-throwing), and that?s some more bad news.

In Week 3, the Eagles have now lost (at home) to the Giants.  They have more issues than Casey Anthony has criminal charges.

Far out:
On the first day of September, the Boston Red Sox were in first place in the AL East.  Since that day, they have lost an amazing number of games in an almost unbelievable number of ways.

Their starting pitching can?t get five innings from anyone and even their vaunted lineup has had trouble scoring runs, at least in a timely fashion.  What once has come so easy for them has now turned into an epic collapse.  Injuries have played a large part, but every team deals with them, so it can?t be an excuse.  When looking for examples, I?d point to players like Carl Crawford.

If you remember, Crawford was signed this past offseason to be the catalyst the club needed in the outfield and at the plate--and he?s done neither, oddly sitting on the bench when his team is playing important ballgames and hitting a paltry .255 and then you have John Lackey making Red Sox history with his positively ugly 6.49 ERA.

There?s plenty of blame in Beantown, but just when you think it can?t get any worse, they surprise you with more mediocrity.  If they make the postseason, it will be amazing, but you just see them getting swept in the Divisional Round unless a miraculous turnaround happens.

You heard it here:
After holding out for the entire training camp and all four preseason games, RB Chris Johnson is averaging 2.3 yards per carry in the first two games for the Tennessee Titans, and in the third game, he had 13 carries for 21 yards (a 1.6 yard average).

Johnson, if you remember, called out Titan fans on Twitter for berating him as being greedy during the contract holdout.

Now Johnson has talent and will likely come on as the season progresses, but seeing him in the early part of the year must have more than just the average fan shaking their heads in disbelief.

Hit ?em where they live:
Also in the NFL, Tony Romo was the toast of the town for his performance this past weekend against San Francisco in the much-publicized effort where he was physically injured from the first quarter on.  That lofty perch will be very short-lived if he turns in another bomb like he did in the fourth quarter of game one against the N.Y. Jets when he essentially gave the game away.

You just never know what you are going to get with Romo, and it must drive Cowboy fans absolutely crazy.