He evened up and went 2-2 last week. Lee?s back and he?s talking football and baseball in this week?s Locks. 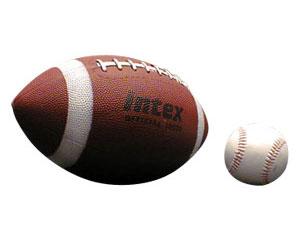 If you?ve watched the same Pittsburgh Steelers that I have in this young NFL season, you would have undoubtedly noticed their defense.  It?s not their ferocity, no, what I mean specifically is the age of the defense.  Although I find it quite noteworthy that they awarded a new, big-money contract to Troy Polamalu that extends into 2014--and it certainly shows a commitment to a player that has been an outstanding performer for them--unfortunately, it?s also a commitment to a player who is beyond his prime.  Now to be clear, the defense had nothing to do with losing the ball seven times on offense during the beat-down by division rival, Baltimore, but watch this defense as the season goes on and tell me if they are anywhere near as effective as in years? past.  If you remember, Polamalu was basically invisible during the playoffs last year, so what?s up with that?  This is a defensive unit that is getting long in the tooth, and in today?s NFL, that can only take you so far.  That defense made Joe Flacco look much better than he really is and I wouldn?t take a lot of solace in their shutout of the Seahawks in Week 2, because let?s face it: that is one seriously bad football team.

Where will recently furloughed (fired, ejected, what have you) NFL quarterback David Garrard end up?  He was coldly cut by Jacksonville just days before the season opener (?hey, thanks a lot and we?ll see ya later?) and is as yet unemployed.  I?m thinking that he will end up in Miami if and when Chad Henne falters--although Henne played very well on Monday night when they went up against New England in a losing effort--or in Seattle when Pete Carroll finally realizes that Tarvares Jackson is a liability and Charlie Whitehurst is a poser.  I can?t see him in Indianapolis, however.

Speaking of the Patriots, they went to Miami in Week 1 and put on some aerial display (assault, really) with Tom Brady accounting for 517 yards through the air, setting a Monday Night Football and team record for offensive production (622 yards of total offense).  Chad Henne also threw for 416 yards, making it the highest combined passing total in NFL history.  Not sure what that says about the New England defense when they made Chad Henne look like Dan Marino, however.  Regardless, it can?t be good in my fairly fragile mind.

Also on the NFL, several teams have lost stars for the season on kickoff weekend: San Diego lost DL Luis Castillo (broken leg - has a chance to return) and K Nate Kaeding; Kansas City lost S Eric Berry and now it looks like they also lost RB Jamaal Charles on the second weekend.  Carolina lost LB Jon Beason, while Pittsburgh will be without RT Willie Colon again this year and the Rams likely lost WR Danny Amendola with a gruesome elbow injury for the year as well.

Many other teams saw injuries to key players, although not necessarily season-ending, they will definitely affect their respective teams negatively, like St. Louis QB Sam Bradford and RB Steven Jackson and New England C Dan Koppen and DL Mike Wright, among others.  It wasn?t a good weekend on the injury front, as you can see.

This past weekend also saw Philadelphia lose QB Michael Vick to a concussion, so it?s difficult to say how long he will be out.

In Week 2, there were some true surprises with Buffalo, Houston, and Detroit all now happily at 2-0, while the Colts, Vikings, Dolphins, Seahawks, and Chiefs were going 0-2, with Kansas City and Seattle looking especially bad in the process.

In baseball, Mariano Rivera of the dreaded, despicable, and eternally hated evil Yankees has reached the 600 save milestone in his professional career.  You can now get accustomed to mentioning his name with the likes of Babe Ruth, Michael Jordan, Bobby Orr, Jerry Rice, Michael Phelps, Edwin Moses, Muhammad Ali, Jack Nicklaus, or anyone else who was the best at what they did.  He is the premier closer in baseball, having now reached save number 601, which actually ties him with Trevor Hoffman, but barring something totally unforeseen, Rivera will surpass that number easily and own the record outright.

Recap:
On Tuesday, Sept. 13, I went with Toronto visiting Boston.  The Sox had lost five straight and had Tim Wakefield on the mound.  My pick was Toronto and I picked the wrong team on the wrong night because they got pounded 18-6, allowing a whopping 18 hits.  Great, Boston picked one night to play baseball, and it was this one.  Congratulations to Tim Wakefield, however on win No. 200.

Wednesday, I had Detroit at Chicago and I was going with the White Sox in this one to pull one out on the streaking Tigers.  Wrong again as Detroit managed a 6-5 win over the ever-fading Sox.  That?s 0-2 so far, so basically, I stink.

For Thursday, we checked out San Francisco at Colorado, going with the Giants.  San Fran took this one, 8-5 behind Pablo Sandoval hitting for the cycle and they managed to keep their slim playoff hopes alive with the win.  At least I can?t have my first 0-4 week, thanks to them.

Friday was St. Petersburg at Boston in the second of a four game set that could likely determine the ultimate Wild Card winner.  I had the ice-cold Red Sox in this game.  The Rays took three of four, but floundering Boston managed to win this one, 4-3.  It looks bad for the Sox who only cling to a two-game lead for the Wild Card, while the Rays will be one tough out.

Remember, no cupcakes and I ended the week a mediocre 2-2.

The Picks:
Tuesday, let's get back to baseball and we?ve got a goody here.  It?s the St. Petersburg Rays at the ever-despicable New York Yankees.  The Rays are not going quietly into the night and the Yanks currently have a stranglehold on first place in the AL East.  Going with the Rays in this one to temporarily derail the Yankees and administer a spanking.

For Wednesday, it?s San Francisco at the LA Dodgers, who are not as far apart, talent-wise as you may think.  Still waiting for the Giants to get hot like they did at the end of last season and you never know what may happen.  Picking San Fran is this match-up.

On Thursday, it?s the Los Angeles Angels of Anaheim of Orange County and sunny California at the Toronto Blue Jays of Ontario, Canada.  The Angels need the win, badly, but the thoughtless Jays have not been very accommodating to the Wild Card contestants.  Sticking with Toronto to stick it to the Angels of wherever it is they come from.

Far out:
Manny Ramirez was released from jail in Fort Lauderdale, Fla. this past Tuesday after being charged with domestic battery for allegedly slapping his wife, Juliana.  Ramirez, if you remember, retired from baseball to avoid a 100 game suspension for using illegal performance enhancing drugs, and this is just another sad story in which a former professional superstar has sunk to even new lows.  His lawyer commented that it was simply a case of ?Manny being Manny? and everything was really cool at his pad and that it ain?t no thang.  According to Juliana, however, it certainly is.

You heard it here:
Why isn?t Indianapolis Colts? President Bill Polian talking to Belichick in New England about backup QB Brian Hoyer? Look, I know that Polian and Sir Hoodie despise each other, but they both are keenly aware that business is definitely just business ? they don?t need to kissy-kissy or hold hands or even have lunch and share a cookie.  Colts? backup QB Curtis Painter is basically a holder for field goals or alternate driver for valet parking at Lucas Oil Stadium, so let?s cut to the chase and be done with it.  Undrafted Hoyer could likely be had for a mid-round pick in next years? draft and is a big upgrade.  C?mon, let?s do it because you need lots of help and the season isn?t waiting around for you.

Unless, of course, you really do want to take Andrew Luck with the first pick in the April draft.  In that case, please ignore this.

Hit ?em where they live category:
How can the Minnesota Twins be worse than the Baltimore Orioles?  I mean, the Orioles have Buck Showalter for a manager and that helps to explain their ineptitude to some extent, but really, to be at rock bottom of the league when expectations at the beginning of the season were so high is baffling to the average fan.  Now the Houston Astros are at the bottom of both leagues, but the Twins are not much higher and can essentially be considered to be in the same category overall.  It?s one thing to be expected to finish last and then you do, but it?s completely different when you?re expected to win your division and end up in the abysmal depths.  If Pittsburgh and Cleveland were feel-good stories for much of the season because they surprised everyone, then you could only view Minnesota as an indisputable failure and their fans as just crushed.  Let?s face it, they suck.

Courageous David will not be roving center field for the Tri Boro Longhorns in Lake City.  He broke his foot while in action and will have to get back at it next year.  Heal quickly and best wishes, David.