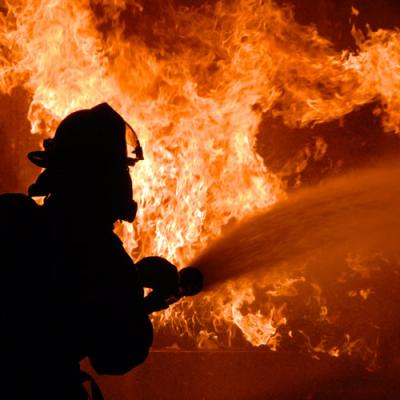 Recently, in Dubai (the largest city in the United Arab Emirates), Dubai Civil Defense started using water jetpacks that lift firefighters off the ground to hover in advantageous positions as they work the hoses. Also, using jet skis, rescuers can avoid traffic altogether by using the city's rivers to arrive at fires (and, if close enough to a waterway, can pump water without hydrants). Even more spectacularly, as early as this summer, Dubai will authorize already tested one-person, "Jetsons"-type drones for ordinary travel in the city. The Ehang 184 model flies about 30 minutes on an electrical charge, carrying up to 220 pounds at about 60 mph. [Business Insider, 1-23-2017] [New York Times, 2-15-2017]

Convicted murderer Philip Smith (a veteran criminal serving life for killing the father of a boy Smith had been sexually abusing) escaped from prison in New Zealand with the help of a disguise that included a toupee for his bald head before being caught. Prison officials confiscated the toupee, but Smith said a shiny head behind bars made him feel "belittled, degraded and humiliated" and sued for the right to keep the toupee. (In March, in a rare case in which a litigant succeeds as his own lawyer, Smith prevailed in Auckland's High Court.) [BBC News, 3-16-2017]

In March, star soccer goalkeepr Bruno Fernandes de Souza signed a two-year contract to play for Brazil's Boa Esporte club while he awaits the outcome of his appealed conviction for the 2010 murder of his girlfriend. (He had also fed her body to his dogs.) He had been sentenced to 22 years in prison, but was released by a judge after seven, based on the judge's exasperation at the years-long delays in appeals in Brazil's sluggish legal system. [The Guardian (London), 3-13-2017]

The Cleveland (Ohio) Street Department still had not (at press time) identified the man, but somehow he, dressed as a road worker, had wandered stealthily along Franklin Boulevard during March and removed more than 20 standard "35 mph" speed limit signs replacing all with official-looking "25 mph" signs that he presumably financed himself. Residents along those two miles of Franklin have long complained, but the city kept rejecting pleas for a lowered limit. [WEWS-TV (Cleveland), 3-23-2017]

The Apenheul primate park in Apeldoorn, Netherlands, is engaged in a four-year experiment, offering female orangutans an iPad loaded with photos of male orangutans now housed at zoos around the world, with the females able to express interest or disinterest (similar to swiping right or left on the human dating app Tinder). Researchers admit results have been mixed, that some males have to be returned home, and once, a female handed the iPad with a potential suitor showing, merely crushed the tablet. (Apps are not quite to the point of offering animals the ability to digitally smell each other.) [Daily Telegraph (London), 2-1-2017]

Peacocks are "well known" (so they say) to flash their erect, sometimes-6-foot-high rack of colorful tail feathers to attract mating opportunities. However, as researchers in Texas recently found, the display might not be important. Body cameras placed on peahens at eye level (to learn how they check out strutting males) revealed that the females gazed mostly at the lowest level of feathers (as if attracted only to certain colors rather than the awesomeness of the towering flourish). [Austin American-Statesman, 3-20-2017]

In March, jurors in Norfolk, Virginia, found Allen Cochran, 49, not guilty of attempted shoplifting, but he was nowhere to be seen when the verdict was announced. Apparently predicting doom (since he had also been charged with fleeing court during a previous case), he once again skipped out. The jury then re-retired to the jury room, found him guilty on the earlier count and sentenced him to the five-year maximum. (Because of time already served, he could have walked away legally if he hadn't walked away illegally.) (2) In March, Ghanian soccer player Mohammed Anas earned a "man of the match" award (after his two goals led the Free State Stars to a 2-2 draw), but botched the acceptance speech by thanking both his wife and his girlfriend. Reportedly, Anas "stumbled for a second" until he could correct himself. "I'm so sorry," he attempted to clarify. "My wife! I love you so much from my heart." [Virginian-Pilot, 3-6-2017] [Daily Telegraph (London), 3-18-2017]

It turns out that Layne Hardin's sperm is worth only $1,900 and not the $870,000 a jury had awarded him after finding that former girlfriend Tobie Devall had, without Hardin's permission, obtained a vial of it without authorization and inseminated herself to produce her son, now age 6. Initially Hardin tried to gain partial custody of the boy, but Devall continually rebuffed him, provoking the lawsuit (which also named the sperm bank Texas Andrology a defendant) and the challenge in Houston's First Court of Appeal. [Houston Chronicle, 1-25-2017]

An astonished woman unnamed in news reports called police in Coleshill, England, in February to report that a car exactly like her silver Ford Kuga was parked at Melbicks garden center with the very same license plate as hers. Police figured out that a silver Ford Kuga had been stolen nearby in 2016, and to disguise that it was stolen, the thief had looked for an identical, not-stolen Ford Kuga and then replicated its license plate, allowing the thief to drive the stolen car without suspicion. [Birmingham Mail, 2-5-2017]

Thieves once again attempted a fruitless smash-and-grab of an ATM at Mike and Reggie's Beverages in Maple Heights, Ohio, in March despite the owner's having left the ATM's door wide open with a sign reading "ATM emptied nightly." Police are investigating. (2) Boca Raton, Florida, jeweler "Bobby" Yampolsky said he was suspicious that the "customer" who asked to examine diamonds worth $6 million carried no tools of the examination trade. After the lady made several obvious attempts to distract Yampolsky, he ended the charade by locking her in his vault and calling the police, who arrested her after discovering she had a package of fake diamonds in her purse that she likely intended to switch. [WJW-TV (Cleveland), 3-23-2017] [South Florida Sun-Sentinel, 3-31-2017]

At what was billed as part of a cancer fundraising event at the AvantGarden in Houston in February, performance artist Michael Clemmons and a partner, working as the act Sonic Rabbit Hole, had the elegant idea that one give the other an enema on stage, but there was a "spraying" accident. Viewers were led to believe the procedure was authentic, but the artists swore later that the sprayed contents were just a protein shake. "What I did is not all that (extreme)," protested Clemmons. "I don't understand why I'm getting the attention for this." [KPRC-TV (Houston), 2-20-2017]

Two convicted murderers imprisoned in Nepal married each other in February, though it will be at least 14 years before they can consummate. Dilli Koirala, 33 (serving 20 years for killing his wife), and Mimkosha Bista, 30 (with another four years to go for killing her husband), will be allowed to meet (just to talk) twice a month until Koirala's term ends. (A lawyer involved in the case said the marriage, though odd, was perhaps the last chance either would have to meet a suitable match.) [Republica (Kathmandu), 2-24-2017]