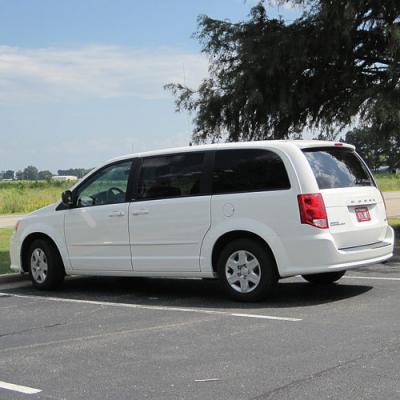 Advertisers Are Coming for You

The New York Times reported in May that the "sophistication" of Google's and Facebook's ability to identify potential customers of advertisements is "capable of targeting ads ... so narrow that they can pinpoint, say, Idaho residents in long-distance relationships who are contemplating buying a minivan." Facebook's ad manager told the Times that such a description matches 3,100 people (out of Idaho's 1.655 million). [New York Times, 5-14-2017]

Harry Kraemer, 76, owner of Sparkles Cleaning Service in London, Ontario, was alone in his SUV recently and decided to light up a cigarette based on his 60-year habit, but was spotted by Smoke-Free Ontario officers and cited for three violations. Since his vehicle was registered to his business, and the windows were up, the cab constituted an "enclosed workspace." It took a long legal fight, but in May, the Provincial Offences Court cut Kraemer a break and dismissed the tickets. [National Post, 5-8-2017]

The U.S. Fish and Wildlife Service (FWS) finally prevailed in federal appeals court in February in its Endangered Species Act designation that wetlands in Louisiana's St. Tammany Parish should be preserved as a safe habitat for the dusky gopher frog. Landowners barred from developing the land pointed out that no such frogs have been spotted there for "decades," but have been seen elsewhere in the state and in Mississippi. FWS concluded the St. Tammany area could be a place that dusky gopher frogs might thrive if they decided to return. [The Daily Caller, 2-14-2017]

From the abstract of California State Polytechnic assistant professor Teresa Lloro-Bidart, in an April academic paper, comparing behaviors of native-California western gray squirrels and disruptive (to residents' trash cans) eastern fox squirrels: "I juxtapose feminist posthumanist theories and feminist food study scholarship to demonstrate how eastern fox squirrels are subjected to gendered, racialized and speciesist thinking in the popular news media as a result of their feeding/eating practices (and) their unique and unfixed spatial arrangements in the greater Los Angeles region...." The case "presents a unique opportunity to question and re-theorize the ontological given of 'otherness' that manifests in part through a politics" in which "animal food choices" "stand in" for "compliance and resistance" to the "dominant forces in (human) culture." [New York Observer, 5-12-2017]

Japan is in constant conflict over whether to become more militarily robust (concerned increasingly with North Korea) even though its constitution requires a low profile (only "self-defense"). When the country's defense minister recently suggested placing females into combat roles, constitutional law professor Shigeaki Iijima strongly objected, initiating the possibility that Japan's enemies might have bombs capable of blowing women's uniforms off, exposing their bodies. The ridicule was swift. Wrote one, "I saw something like that in Dragon Ball" (from the popular comic book and TV productions of Japanese anime). [Japan Today, 5-26-2017]

Took It Too Far: Already, trendy restaurants have offered customers dining experiences amidst roaming cats (and in one bold experiment, owls), but the art house San Francisco Dungeon has planned a two-day (July 1 and 8) experimental "Rat Cafe" for those who feel their coffee or tea is better sipped while rats (from the local rat rescue) scurry about the room. Pastries are included for the $49.99 price, but the rats will be removed before the food comes. (Sponsors promise at least 15 minutes of "rat interaction," and the price includes admission to the dungeon.) [SFGate.com, 5-18-2017]

Organizers of northern Germany's Wacken Open Air Festival (billed as the world's biggest metal music extravaganza) expect the 75,000 attendees to drink so much beer that they have built a nearly 4-mile-long pipeline to carry 105,000 gallons to on-site taps. (Otherwise, keg-delivery trucks would likely muck up the grounds.) Some pipes were buried specifically for the Aug. 3 to Aug. 5 festival, but others had been used by local farmers for ordinary irrigation. [Deutsche Welle (Bonn), 5-23-2017]

Robert Ahorner, 57, apparently just to "win" an argument with his wife, who was dissatisfied with their sex life, left the room with his 9mm semi-automatic and fired four shots at his penis. (As he said later, "If I'm not using it, I might as well shoot it off.") Of course, he missed, and police in Elkhorn, Wisconsin, said no laws were violated. (2) In a lawsuit filed against an allegedly retaliating former lover, Columbia University School of Public Health professor Mady Hornig said her jilted boss tried repeatedly to harm her professional standing, even twice calling her into his office, dropping his trousers, and asking her professional opinion of the lesion on his buttock. [GazetteExtra (Janesville), 5-15-2017] [New York Post, 5-20-2017]

Convicted murderer John Modie, 59, remains locked up (on an 18-to-life sentence), but his several-hours-long 2016 escape attempt from Hocking (Ohio) Correctional Institution wound up unpunishable because of a "technicality." In May 2017, the judge, lamenting the inflexible law, found Modie not guilty of the escape because prosecutors had, despite numerous opportunities, failed to identify the county in which Hocking Correctional Institution is located and thus did not "prove" that element of the crime (i.e., that the court in Logan, Ohio, had jurisdiction of the case). (Note to prosecutors: The county was Hocking). [Athens Messenger via WOAB-TV (Athens), 5-24-2017]

In May, Charles Nichols III, 33, facing charges in Cheatham County, Tennessee, of sex with a minor, originally was tagged with a $50,000 bail until he told Judge Phillip Maxie to perform a sex act upon himself and dared Maxie to increase the bail. That led to a new bond of $1 million, then after further insubordination, $10 million, and so on until the final bail ordered was $14 million. (2) Jose Chacon, 39, was arrested in Riviera Beach, Florida, in May after allegedly shooting, fatally, a 41-year-old acquaintance who had laughed at Chacon's first shot attempt (in which the gun failed to fire) and taunted Chacon to try again. The second trigger-pull worked. [WKRN-TV (Nashville), 5-19-2017] [Palm Beach Post, 5-15-2017]

Drugs Is There Anything They Can't Do?

Sheriff's deputies in Dade City, Florida, nearly effortlessly arrested Timothy Brazell, 19, for trespassing in May. Brazell (high on methamphetamine, he said) attempted to commandeer a stranger's car by hot-wiring it, but only by uselessly connecting the wires of a voltage meter and even though the key was already in the car. According to the owner, the door lock was jammed on the inside, and Brazell could not figure out how to open it. (2) On May 19, Carl Webb and his wife left a nighttime barbecue festival in downtown Memphis and headed home. They drove 14 miles on an interstate highway before a police officer pulled them over to ask if Webb knew there was a body on his trunk. The man was clinging to the lip of the trunk but was still unconscious (from drinking) and had to be jarred awake. [WFLA-TV (Tampa), 5-7-2017] [WHBQ-TV (Memphis), 5-19-2017]