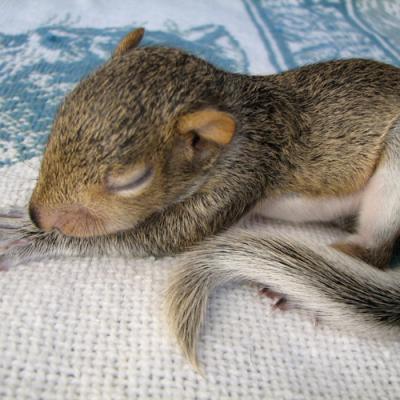 In January, the upscale Italian fashion house Dolce & Gabbana introduced stylish hijabs and abayas aimed at Muslim women unafraid to call attention to themselves as they exercise their obliged modesty. D&G's marketing effort even accessorized models' headscarves and cloaks with stilettos and oversized, gaudily framed sunglasses. It was clear from the suggested retail prices that D&G would be pitching the line mainly in the wealthy Persian Gulf countries like United Arab Emirates. [The Atlantic, 1-7-2016]

Awkward Signals in New Jersey: (1) The government watchdog MuckRock requested records on the cause of death of a dolphin in New Jersey's South River last year (to investigate larger dangers to the animal), but in January 2016 the state's Department of Agriculture initially declined to release them -- citing "medical privacy" (usually requested, for autopsies, by "the deceased's family"). (2) At the same time, Maria Vaccarella is facing a $500 fine in Howell, New Jersey, for violating a state law because she illegally rendered "care" to two apparently orphaned baby squirrels when their mother abandoned them. She was due in court as News of the Weird went to press. [MuckRock.com, 1-11-2016] [WPVI-TV (Philadelphia), 1-16-2016]

The director of senior services for Cranston, Rhode Island, resigned in January after a mayor's press-conference went badly. To publicize a snow-removal program that would benefit seniors unable to shovel for themselves, the director (needing a proper example of a beneficiary of the program) instructed a middle-aged male subordinate to (unconvincingly) don a wig and dress and stand beside the mayor during the announcement. [WJAR-TV (Providence), 1-13-2016]

Weird Japan, Again: (1) Among the sites Japan has submitted for 2017 United Nations World Heritage status is the island of Okinoshima, home of a sacred shrine with which Shinto gods have been "protecting" fishermen as long ago as the fourth century. (The island is so sacred that females have never been allowed on it -- judged either too delicate to make the trip or menstrually unclean). (2) A current Tokyo craze, reported an Australian Broadcasting correspondent, involves "stressed out" professionals and office workers publicly outfitted in colorful, full-body lycra suits ("zentai") in a rebellion against the nation's stultifying conformity. Said one, "I'm a different person wearing this. I can be friendly to anyone." [Daily Telegraph (London), 1-13-2016] [Australian Broadcasting Corp. News, 1-10-2016]

Crescent City, California, drug dealer James Banuelos pleaded guilty in January in exchange for a lighter sentence (three years in prison), thus avoiding for police the airing of an embarrassing hidden-camera video of the raid showing arresting officers stealing the dealer's money and valuables. "Multiple" officers were shown laughing and helping themselves, and a gold chain belonging to Banuelos wound up for sale a few days later on Craigslist. As part of the plea agreement, the prosecutor agreed to give all Banuelos' stuff back to him. [Del Norte Triplicate (Crescent City), 1-11-2016, 1-14-2016]

The United Nations announced at year-end that the book most often checked out last year at its in-house Dag Hammarskjold Library in New York was the nearly 500-page "Immunity of Heads of State and State Officials for International Crimes." The list of borrowers was not revealed. (In general, the book concludes, current heads of state have immunity but not past ones.) [Newsweek, 1-7-2016]

New Age Medical Care: Surgeons treating 4-month-old Teegan Lexcen (born with only one lung and a critically deformed heart) had given up on her, but doctors at Nicklaus Children's Hospital in Miami jury-rigged a surgical tool that saved the infant's life. In a delicate seven-hour procedure, using an iPhone app and $20 Google Cardboard box virtual-reality viewers, doctors guided themselves through Teegan's chest based on two-dimensional body scans that the app had converted to 3-D. (Old-style 3-D images, they said, were too grainy for precision surgery.) [WFOR-TV (Miami), 12-22-2015]

Too Much Information: In January, the British sex toy company Hot Octopuss, trying for a spurt of publicity in New York City, unveiled a reconfigured pay phone booth at 5th Avenue and 28th Street in Manhattan that offered a seat, a laptop, a Wi-Fi connection, and a "privacy curtain" to help people (mostly men, one imagines) relieve stress "on both your mind and body." A company rep claimed that about 100 men "used" the booth its first day, but what the men actually did there is "private." [ArsTechnica.com, 1- 18-2016]

Think Your Commute Was Bad? (1) The main road linking the port city of Mombasa, Kenya, to Nairobi and beyond (to landlocked Uganda) was blocked in mid-November by damage from heavy rains, leading to a 30-mile-long stream of stopped vehicles, stranding more than 1,500 trucks. (2) In October at the end of China's traditional, annual week-long getaway, new traffic checkpoints for the notorious G4 Beijing-Hong Kong-Macau Expressway reduced the previous 50 lanes of traffic (yes, that's "fifty") to 20. Videos from a TV network's drone showed a breathtaking traffic jam-cum-parking lot that quickly inspired delight, or compassion, all around the Internet (bit.ly/1je9mG6). [BBC News, 11-19-2015] [CityLab.com, 10-8-2015]

Police chiefs of six small Ohio towns recently demanded an investigation of Sandusky County Sheriff Kyle Overmyer after, comparing notes, they learned that Overmyer had approached each one claiming to be helpfully "collecting" for "disposal" their departments' confiscated drugs -- on behalf of the U.S. Drug Enforcement Agency. (DEA, reportedly, knew nothing of this.) The Ohio attorney general is investigating. [Courthouse News Service, 1-12-2016]

Jason Hayes, 17, was arrested in a Philadelphia suburb in January when he arrived for a scheduled appointment with a robbery victim from the night before. According to police, Hayes had attempted to shake down a woman in her home, but was still dissatisfied with the money she had on hand. Fearful, she agreed to bring more the next day if they met at a local shopping mall, and he agreed (promising to wear the same clothes so she would recognize him). She, of course, called police. (2) Dusty Ingram, 38, being searched by jailhouse guards in Crestview, Florida, in January, said she had prescriptions for everything -- but then said she thought they were in her purse and professed not to know how they got into that plastic bag in her genitals. [Philly.com, 1-21-2016]