The biggest scandal in the Snowden affair is in how the mainstream media has reported the story. 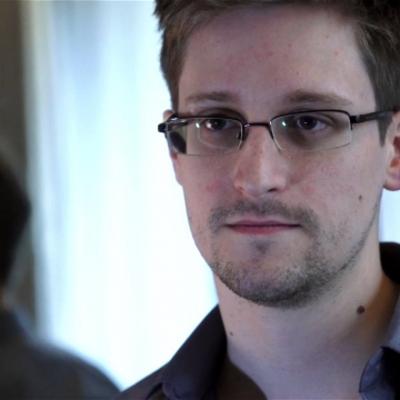 Metafilter – the best damn online link aggregator around – recently featured a post by adamvesco criticizing the journalism around Edwin Snowden and the revelations about the federal government's domestic spying. Each and every link is worth reading, but all of them could be summed up thusly: the mainstream media has missed the point of the "Snowden Affair," as it's now being called.

You might have noticed that this Erie Reader correspondent – hardly known to sit on his opinions on, well, just about anything – has largely been silent on this whole kerfluffle. I haven't written a word on it. That's because I'm not exactly sure how I feel about the whole thing.

That the federal government has been tracking and storing data on Americans' online activity is not a new revelation. We knew back in 2006 that this was going on. This isn't news – so why is it blowing up now?

That the Obama administration is pursuing this is not at all surprising. Obama signaled almost immediately upon attaining office that he was not interested in curtailing Bush-era surveillance policies when he granted the telecommunication industry a blanket retroactive pardon on any cooperation it may have given to federal intelligence programs of questionable legality. And don't get me started on, say, Obama's assassination program.

And the program is legal.

Yes, you read that correctly. It's friggin' legal, thanks to a Congress that simply punted on this and other civil rights issues in wake of 9/11, thanks to a bullying presidential administration and a press corps that was terrified of questioning any government agency or policy at the time.

Hell, the whole legal theory on which this and other very questionable programs – torture, anybody? – are based on has never really been challenged. President Bush's legal advisor, John Yoo, essentially argued that the president can do anything he wants – start wars, take political prisoners, torture, assassinate – as long as it's under the guise of national security. And it's up to the President alone to decide when the nation's security is at risk.

Congress and the Obama administration sanctified that view when they refused to prosecute Bush and his administration for violating international and domestic law.

And now we're paying the dividends of that choice. This is the way it is, now. Get used to it.

And then there's the press. Read the links on the Metafilter post. The coverage by the likes of the Washington Post and New York Times has been, well, sad. Stories redacted, stripped of essential details. Editorials backing the government and its programs, calling for silence on the issue. Pundits calling whistleblower Snowden a "traitor," and others accusing Green Greenwald, the journalist/blogger who broke the story, of being complicit with Snowden and worthy of arrest and persecution. In fact, you get the feeling that the press is reporting on the story like a politician would -- with a keen eye on public opinion polls, which initially showed no fear or anger about the NSA's surveillance of their phone records and Internet activity.

The worst part? That the story has morphed from a controversy over what our government's role is, and should be, and where we should fix the boundaries of our privacy, into an Entertainment Weekly-like fixation on Edward Snowden himself.

Perhaps it's time to realize that media conglomerates, driven primarily by profit, should no longer be relied on to be the guardian of the public's interest.