Schicakalay's lines up nine new shows for the upcoming summer season. I 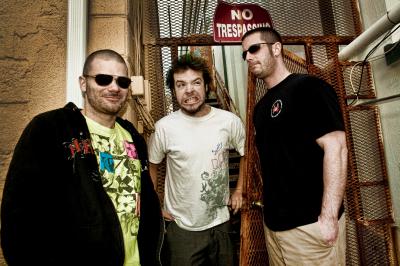 Now that the winter is seemingly over - one would hope, at least - we're finally able to enjoy going outside without having to worry about having extremities freeze off. That means we can really start to look forward to more and more outdoor events in Erie, including the return of the summer concert series at Schickalay's on the Bay.

"I mean, who would turn music down?" Schickalay's and Docksider Tavern Owner Eddie Bayeh told me before last season's kickoff show with Badfish and Falling Hollywood. "You can't go wrong; the show is close to the beach on a hot, [and hopefully] sunny Sunday afternoon. Great music, a great vibe, cold beer – how could you say 'no' to that?"

Apparently, not too many people could, meaning that there are even more shows lined up this summer. Once again, Badfish, a Sublime tribute band, will headline the first night of the series Sunday, May 31, with local pop troupe The Romantic Era in tow.

At the time the this post was published, Schickalay's will host nine total shows in the large field behind the West Sixth Street gyro joint, with other guests including psychedelic rockers ekoostik hookah to island-infused drum n' bass gospel ninja soul of Zach Deputy. There will even be a Pro Wrestling Rampage event for those of you who want a bit of violence in their preferred summer music series.

Head to the Schickalay's Facebook page for more details and check out the full list of shows and dates below.

May 31 - Badfish with The Romantic Era