Sterilization procedure allows masks to be worn up to three times 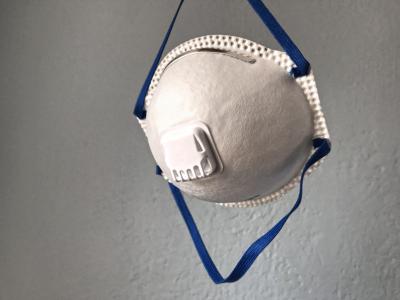 Right now, medical personal protective equipment (PPE)  is an extremely limited resource — and given its also very finite lifespan (often single-use), it's being used up faster than it can be replaced.

Within Pennsylvania, the ravages of the COVID-19 pandemic have been geographically disproportionate, with the eastern half barraged with new cases as the western half remains relatively stable. To assist facilities in regions with higher rates of infections, Gov. Tom Wolf issued an executive order this week that essentially communalized the state's inventory of medical supplies, allowing redistribution from areas of lesser need to those of greater need.

Some healthcare networks, however, have implemented measures to maximize the supplies they already have before they're forced to borrow. Allegheny Health Network (AHN), which includes nine surgical hospitals including Erie's St. Vincent, recently introduced a sterilization procedure to recycle N95 respirator masks, allowing them to be worn up to three times. They are the first health network in Western Pennsylvania to do so.

The N95 respirator mask differs from a surgical mask in that it is designed to form a tight seal around the nose and mouth, thus filtering out at least 95 percent of infectious airborne particles — vital in intensive care units where ventilators are in use. Under normal circumstances, reuse is not suggested, but the FDA has temporarily authorized the sterilization of N95s with in-house equipment, a process approved by the CDC and tested for effectiveness (up to 50 times) by Duke University and other scientific and academic institutions.

The process begins with the collection of used masks and transportation to the hospital's central sterilization department, where they are checked for damage and imperfections. AHN's goal is to recycle more than 80 percent of its N95s, a potential yield of 6,000 masks per day. Eligible masks are tagged, sealed in sterilizing peel-pack envelopes, and loaded into the sterilization machine, which blasts them with hydrogen peroxide vapor. The machine takes about 45 minutes to sterilize each batch of 40 masks, with a capacity of 15 loads (600 masks) a day.