New opportunities emerge, but will Erie's labor force have the skills to capitalize? 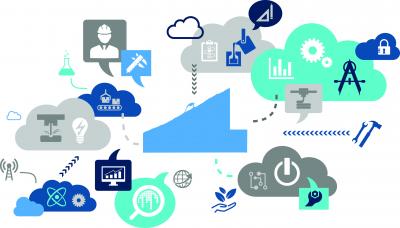 J-Mel
Diversification of the local economy has forestalled Erie's progress for decades. With the emergence of new employment sectors, it's vital the city provide the resources necessary to train the workforce of the future.

Change is happening in Erie, Pennsylvania. The community is at a tipping point, facing some degree of promise that — all things being fair, if not equal — it will be able to navigate toward a new economic normal that stabilizes the local economy and promotes demographic growth among the people and businesses that call Erie County home.

Those changing demographics — something other than a story of growth in recent years — underscore the challenges of a community working to redefine itself in a rapidly changing world.

At last estimate, Erie County's population had declined to 274,541 — down 0.6 percent since the previous year and more than 5,000 people fewer than the population estimate in 2009, according to the U.S. Census Bureau.

But to dwell on those numbers alone would be to do a disservice to the better picture and the stronger story, which is that like its economy, Erie County is becoming more nimble and capable of adapting to changes beyond our control from beyond the county line.

For decades, as industry left Erie and manufacturing changed into something that looked different than what we had always known, the political and business in this community sought to replace that industry with something similar, and even those opportunities became fewer and fewer.

The failure to diversify the local economy during the past generation left Northwest Pennsylvania and the City of Erie as one of the slowest growing places in America, according to U.S. Census data analyzed by Wallethub, one of the many online ventures to offer context-free rankings of this region in the past two years.

Local leadership recently began to look differently upon the opportunities to grow the Erie economy and we find ourselves, perhaps, nearer to a new beginning.

Erie Insurance is now the largest employer in Erie County and is expanding its footprint throughout downtown Erie through its support of the Erie Downtown Development Corporation; Mercyhurst University breathed life into the Innovation District that now resides within the new Velocity Network headquarters in downtown Erie; and the region's four universities are collaborating in what's called the Innovation Beehive Network to support startup entrepreneurship throughout Erie County. These public-private partnerships underscore the philosophical change in the local economic development sphere and provide a catalyst for economic growth in the decades to come.

"The objective of business leaders and elected leaders is to try to increase prosperity in the broadest way," says Dr. Ken Louie, an economist, and director of the Economic Research Institute of Erie at Penn State Behrend. "I think they're trying to boost the dynamism of the economy and that's why the main initiatives you're seeing are things like the Innovation District and the revitalization of the bayfront. These things help to boost the overall economy."

That dynamism has been an important part of the American economic story as the United States has made the shift from traditional machine-based manufacturing to advanced industries and the advanced services that support them.

Among Erie's advanced industries, Wabtec — formerly GE Transportation — remains the largest advanced manufacturer in the region. The inauspicious transition at the Lawrence Park facility culminated in a strike of more than 1,700 workers during the first days of Wabtec control after the company ceased negotiations with the leadership of the United Electrical, Radio, and Machine Workers locals 506 and 618 on the first day of business. The strike lasted nine days until the two sides reached a mediated 90-day agreement that brought them back to the bargaining table.

"Neither side wants to see things deteriorate," says Louie. "I think it's likely that both sides will compromise and they'll come up with an agreement that is mutually satisfactory because it is still an important part of the Erie economy."

Indeed, the loss of jobs as Erie's largest manufacturer would be catastrophic to the local economy with a total economic impact of between $8 million and $15 million and as many as 102 non-Wabtec jobs throughout the community, according to an economic impact study by consulting firm Parker Philips.

Across Erie County, unemployment slowed recently. Seasonally adjusted unemployment is at 4.1 percent, its lowest level in years and just 0.1 percent higher than national unemployment. That's in part because of the number of people who have dropped out of the labor market. Essentially, they've stopped trying.

As of 2017, Erie's labor force participation rate — the number of people over the age of 16 who are employed or actively looking for a job — was just 58.7 percent, the lowest it's been in more than a decade. Part of that story is the relative age of our working population and another part of that story is the skills gap that keeps many people from the high-tech industries that are emergent in the region.

"When you look at the structure of the economy," Louie says, "what's causing a lot of the trauma is that even when there's job growth, it's growth in the newer sectors or in the service sectors and so given our reliance historically on the traditional manufacturing sectors like metals production and locomotive production, that's where we see the transition being very difficult for workers."

Louie says you can see this change when you look at the economic output of specific industries. While the major industries like locomotive production remain critical to the local economy, the largest growth is in areas like and electronic parts, which experienced a 240 percent increase in real output between 2001 and 2016, and continues to grow. Printing and related activities locally grew 100 percent during the same period.

These industries are smaller and more nimble than the traditional manufacturing institutions that came before them, but they generally produce high-wage jobs that have supported the American economy since the last recession.

Preparing the workforce for such jobs is now Erie's cross to bear.

Every other community in the United States with economic growth in advanced industries and services has a mechanism to train its skilled workforce. In some communities that effort is led by organized labor, as the Steamfitters local 449 has done in Harmony, Pennsylvania, and in other communities, it is a combination of public and private entities collaborating to stabilize its workforce. But in every community having economic success, there is a common denominator: proximity to a community college.

Erie is the largest metropolitan statistical area in the country without a brick-and-mortar community college and whether or not one is established in Erie County will be the difference between regional progress or the continued stagnation of the local economy — industrial, commercial, and personal.

There is simply no alternative if our goal is to prosper and grow.

Jim Wertz is a contributing editor and the Chairman of the Erie County Democratic Party. He can be reached at jWertz@ErieReader or you can follow him on Twitter @jim_wertz.