Stereogum Wraps Up the Bands We Lost in 2014

It's been a good year for music, but now it's time to take a moment and remember all of the bands we lost in 2015. 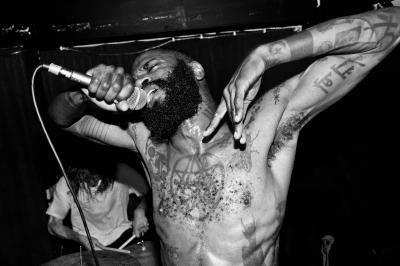 There were several artists who released their first albums this year, as 2015 marked a launching point for Ex Hex, FKA Twigs, Fear of Men, Benjamin Booker, and several other new bands/collaborations/solo acts. Stereogum Founder and Editor-in-Chief Scott Lapatine has put together a video documenting some of the bands we lost in 2014, a slightly depressing tradition of his since 2008.

The tribute features a wide range of acts, from music lifers The Allman Brothers Band and Roxy Music to not nearly as widely-known groups Blanche Blanche Blanche and Nortec Collective, as well as the alternative darlings like The Knife, Crystal Castles, and the always-intriguing and rebellious Death Grips. If you're not much of the "In Memoriam"-viewing type, here's Lapatine's list in alphabetical order.

Man, that's a lot of bands that broke up in 2014. Here's the 3-plus minute video, accompanied with appropriately melancholy music and Academy Award-style applause.

Bands can break up for any numbers of reasons - a desire to try something new, infighting, lack of profits, etc. - but we can always hope that at least a few of the musicians from the above groups can turn the end of one act into a bright future for another. Also, as Lapatine mentioned at the end of his article, "Hug your favorite band extra tight tonight," because it will be a sad day when its gone.