He?s back. The former vice president is promoting his book. And he?s still talking torture. 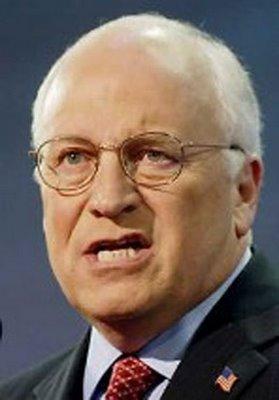 During the endless week-long hubbub over 9/11 last week, one familiar face resurfaced in the television talk-show circuit and served as stark evidence that absolutely nothing good came of the 2001 terrorist attack on New York City. Dick Cheney is back.

The former vice president is hawking his memoir, In My Time, and the familiar hawk-nosed, slouching figure is a stark reminder that the worst of our government's impulses a decade ago was hitched to our collective outrage, fear, and vindictiveness to produce, not justice or security, but the Patriot Act, domestic spying, and two budget-crushing wars, which have repaid every life lost on 9/11 thirty-fold with the souls of over 100,000 Iraqi and Afghan civilians.

Of all the detestable post-9/11 national security programs, the one that's perhaps the most symbolic of our mistakes ? and for which Cheney admits neither remorse nor regret ? is torture.

Bush administration officials have long since maintained that the US torture program was useful in extracting information about terrorist plots. In his book, Cheney defends the Bush administration's systematic use of torture as ?safe, legal, and effective,? and on a recent Today Show appearance, told host Matt Lauer that ?you can't have only popular methods [of interrogation] if you want to run an interrogation program. We kept the country safe for seven years.?

But like many involving Cheney, there is a gulf between his assertions and reality. Here are the facts:
Torture doesn't work. At least that's what interrogators believe. ?If I take a Bunser burner to the guy's genitals,? said a Vietnam-era Air Force interrogator in a 2005 Washington Post report, ?he's going to tell you just about anything.? A 2004 CIA report agreed, noting that the US use of torture on terror detainees produced no useful, actionable information.

Torture is illegal. The United States is a signatory of the 1988 International Convention Against the Use of Torture, which defines torture as ?severe pain or suffering, whether physical or mental...intentionally inflicted on a person for such purposes as obtaining...information.? Signatories are obligated to prevent torture, ?whether a state of war or threat of war...or any other public emergency, may be invoked as justification.?

Torture was not used to foil terrorist plots. In 2009, McClatchy reporters found that the Bush administration used torture to extract information from detainees about links between Saddam Hussein and al Qaeda. That is, the government tortured to gin up ?evidence? to justify its invasion of Iraq.

That Cheney still believes torture was an unblemished good is his own shame. That he is still free is ours. In a country that values the law above government officials, Cheney would long be behind bars. Instead, the Obama administration has not only declined to investigate, but has taken up the illegal powers gifted to the executive by the Bush administration. Worst of all is that Americans and the American media stand by and allow all this to happen.

There are consequences. For one, it is now apparent that top government officials are now immune from the law. For another, the post-9/11 policies have greatly reduced our nation's strength, which has always relied on the admiration of its principles to influence others. Now the nation is viewed with fear and scorn.

For me, 9/11 was more than the loss of two architectural landmarks and 3,000 people murdered, it marks the death of a beautiful idea.