George Burton takes the stage at 6 p.m. tonight. Hear what he told Reader writer Ryan Smith about looking foreard, and looking back. 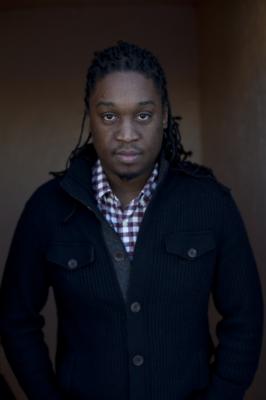 My esteemed Reader colleague Cory Vaillancourt said it first, and said it well, when he recently wrote about pianist George Burton's "complex-yet-accessible brand of bop."

It's work that's "astonishing," Vaillancourt wrote, "so you better this guy while you still can."

Luckily, we can, right here in Erie, when Burton takes the stage Sunday at 6 p.m at the Erie Art Museum Blues and Jazz Festival at Frontier Park.

As we've been doing with other Blues and Jazz Fest headliners in recent days, we recently caught up with Burton for a pre-show interview. And he had a lot to say.

Ryan Smith: Hello there, George. Let me kick this off by saying that your work is, well, like Vaillancourt said, astonishing. As a young jazz master, talk a little about what you feel are your privileges in expanding the form in the modern age, and,also, your responsibilities to its traditions and heritages. Basically, how do keep, and so well, one foot rooted in jazz's past, while having the other stepping toward its future?

George Burton: Thanks for referring to my music as "astonishing," and to me as a "young jazz master," though I don't think either of myself. I often refer to myself as just a product of music. There is so much music, or, in this case, "jazz" out there — how can one be a master of any of it?

You know, the hardest thing about keeping one foot in the past, while [also] pushing forward, is to always keep your ears open to everything; to not just study the masters that made this music, but to enjoy them. I often say to my students, "Listen to music for what music is, not for what you presume music should be."

So, to incorporate the past, if you've checked out the musical ideas of the "jazz masters," and then check out all of the other styles of music that was happening during their time – while staying open to the popular music in your time without turning your nose up so fast – you end up with something different.

In my music, I don't try to play someone else's style of jazz – I just try to keep my music honest to me. To me, any influence can shape your sound as a jazz artist, and to move forward you just have to be open to listen to it all.

RS: Now, then, talk a little about what you know about the Erie Blues & Jazz Festival, and about the city itself. From a musical culture perspective, what are some of the similarities, and differences, between your home city and our home city of Erie?

GB: The Erie festival was actually the first jazz festival I ever attended. Back in 1995, I attended a high school "artist's colony" held at the Mercyhurst College campus, the Pennsylvania Governor's School for the Arts, where my major was classical violin/viola. At the end of the program, my jazz instructor decided to take a few of the students to the Erie Jazz Festival to see some of the artists, one of whom was Kenny Garrett.

At that time, Kenny Garrett had Jeff "Tain" Watts (from Pittsburgh) and Nat Reeves in his band. After the show, I was able to meet and take pictures with them. Some years later, I ended up on a gig with Tain; I showed him that old picture and he signed it for me. Since then, we've been on a record and on tour together, and have just been really cool with each other.

In 1999, I started working for the Governor's School, so, every year from 1999 to 2008, I would take my students to see artists that I knew and performed with, or artists that I thought the kids needed to hear.

I am from the city of "Brotherly Love – or, as some of us Philadelphians call it, "Brotherly Shove." Erie is a blue collar arts town, much like Philly. That's something I understand well—hard-working people with real culture and taste.

RS: So, then, what's some of your favorite listening at the moment?

RS: Cool, cool, cool. So, that said — and I've been asking other Blues and Jazz Festival performers this, too — can you share any secrets of how you keep it so cool? I'm taking lessons.

GB: Cool, huh? I think I am one of the biggest nerds out there. I'm ready to talk about almost any subject short of nuclear physics. I find myself being very particular about everything I do also. So, "cool," yeah ... I don't think I fall under that category.

The hell you don't, man.

For a full lineup, and more, about this year's Erie Art Museum Blues and Jazz Festival, check this out. And keep checking back in here at eriereader.com for more interviews with some of this year's fantastic Blues and Jazz performers.

You can reach Reader writer/photographer Ryan Smith – and tell him how to keep it cool – by e-mail at rSmith@eriereader.com, and follow him on Twitter @ryanmsmithplens.