Tech Watch: Facebook Graph Search and What it Could Mean 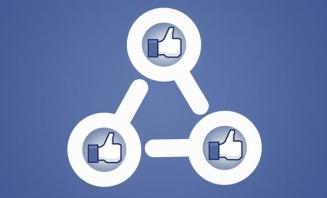 Big news in social media this week for both users and businesses as Facebook has begun to roll out what they are calling the next "pillar" of the social platform.  The new feature has been dubbed "Graph Search," and is the first major change to Facebook since Timeline was unveiled in late 2011.

The goal of Graph Search is to make Facebook a searchable platform that provides users with personalized relevant results.  Up until this point, information has been hard to collect, organize, or sort on the social platform.  Graph Search is here to remedy that issue, and will begin its focus in four main areas including people, photos, places, and interests.

Facebook has openly admitted that the search is still in an early beta stage and will constantly be changing, evolving, and growing as time goes on to make the tool more complete.  Many skeptics have raised legitimate questions regarding the system, which are beyond the control of the Facebook developers.

Take the example mentioned above regarding a Mexican restaurant.  There is a good chance that the Graph Search may yield results of Chipotle Mexican Grill because its social media presence is national and it currently boasts nearly two million fans.  While in reality, I would guess the favorite among my friends would be El Canelo.  This "missed" search is because if users have not taken the time or effort to seek out and "like" a company page, or "check in" at a location, then there is no way for the search to calculate the result.

Additional problems with the search arise when results become skewed because a girl is listed as "married" to her BFF, but in reality she is single and looking, or because one day you liked a page to get entered in a contest but care very little about a company in reality. Another problem users are projecting is that the search will not be as powerful for newer or less active users because they may have had limited exposure and information gathering and distribution.  While most of the explanation this far has been on the users end, it may have a more meaningful impact for Facebook itself and the businesses on it who want your business.

While Graph Search is not traditional web search, it is still an exciting advancement and a smart move by Facebook that is sure to increase revenues as it brings a whole new form of search engine optimization. Facebook has recognized it already has over a billion users (aka consumers), and by launching this new search, it forces businesses to step up their advertising and social media promotions in order to optimize their visibility to consumers.   For many companies who have been leveraging social media, running ad campaigns, and accruing "likes," they may see huge payoffs up front in terms of traffic by leveraging their head start.  If this tool proves successful, businesses who thought "social" was a fad that would pass, may squander with a weak presence and poor search results.

As the tool rolls out to more users, I am excited to see how the Graph Search evolves, as well as the rate of adoption at which users take to the search.

Brennan Donnelly can be contacted at Epic@ErieReader.com