Michael Hass lights a candle AND curses the darkness.

by Michael Haas
View ProfileFacebookTwitterInstagramYouTubeGoogle+LinkedInRSS Feed
November 29, 2012 at 11:00 AM 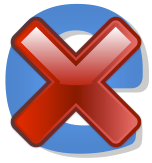 I'm not saying that it's unusable… well, I guess I am. Internet Explorer, the former king of Internet browsers, is now obsolete. Actually, it's been obsolete for a while now.

If you're currently using IE, do yourself a favor right now. Go to www.google.com/chrome and download a better web browser for yourself right now. It'll only take a couple minutes, and you'll soon be surfing the web faster and with better security than before.

But before you do that – in case you're still skeptical of IE being obsolete – hang on. I'm sure some of you are wondering what makes this browser just so awful, so here are some reasons. Let's start with security:

According to Steven J. Vaughan-Nichols, a technology journalist, "These days, when attacking Web-plug ins such as Adobe Flash is every hackers favorite new trick, IE 9 doesn't alert you if you're not running the latest plug-in –  which Firefox does with Plug-in Check – or automatically update them using Chrome with its built-in PDF and Flash software. Better still, in Chrome, even if your plug-in gets hit by zero day attack [an attack that essentially exploits an unknown vulnerability in a computer app/plugin – aka the attack occurs on "day zero" of awareness of the vulnerability, and the person is up a creek without a paddle] the most frequently attacked plug-ins, Adobe Flash Player and Reader, run in a sandbox so the attack can't get to your PCs operating system."

Simply put, hackers like to attack Internet Explorer because a lot of people who have no idea how a computer works use it. This makes it easy to quickly take control of someone's computer without her or him realizing.

The next main issue is compatibility. You see, when a browser wants to upgrade, it sometimes adjusts how certain websites are rendered. This can either be helpful or annoying for a web developer. For more insight into how IE affects someone building websites all day, I talked with my coworker Shaun Rajewski, Lead Developer at Epic Web Studios.

"It still amazes me, to this day, that Microsoft's evolution of Internet Explorer continues to fail in almost every aspect," he said. "Aside from their inability to adapt to standards as other companies have done with their browsers, the main grievance I have with Internet Explorer is the lack of consistency. While each new version brings in new compliance, the improvements addressed in previous versions are often not retained, or completely lost. As for my gripes about Internet Explorer previous to version 8.0 – don't get me started. They have become the bane of my existence as a web developer."

Finally, you should stop using IE because, well, it just isn't cool anymore. Besides all the issues with speed and security flaws, IE just isn't as sexy as it used to be. And while commercials for IE have tried to spice things up with some dubstep and "The Avengers," the true nature of IE is still there, hidden in the code. If you use multiple computers, both Firefox and Chrome have built-in features to synchronize bookmarks and more between different instances of the browser. If you like to personalize your browser, both Firefox and Chrome can help you pick the right color scheme for your web browsing. With extensions and apps, Firefox and Chrome are infinitely more robust and dynamic browsers than IE.

Which is why, without sounding too much like an infomercial, I'd like you to go to google.com/chrome right now and make one of the best decisions in your Internet life. While I mentioned Firefox throughout the article, I don't recommend using it as your default browser. While better than IE, it's nowhere close to the product that Google has. My advice: use Chrome unless you have some moral crusade against Google – and if you do have a moral crusade against Google, get over yourself because you're missing out on the best browser, period.

Michael Haas can be contacted at Epic@ErieReader.com.