by Alex Bieler
View ProfileFacebookTwitterInstagramGoogle+RSS Feed
April 17, 2013 at 7:01 AM 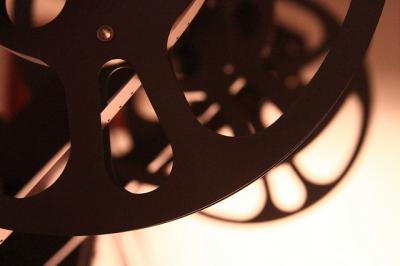 Movies at Mercyhurst - Photo by: Uniondocs

As the days go by, we can finally start to cast aside the shackles of wintry weather and embrace the true coming of spring. Yes, knowing our fair city's oft unexpected temperature shifts and unpredictable precipitation, I can understand why you fair Reader readers may not take my proclamation of a spring sensation quite so seriously, but fret not, for it is drawing close to music festival season.

As the chilling cold and blustery wind of April comes and goes as it pleases, the 3rd Annual Riverside Music Festival can help usher in a bit of brightness to the month when it kicks off Friday, April 19 at the Riverside Inn and Dinner Theatre in Cambridge Springs.

My goal for this festival was to bring in somebody notable. Here's a Grammy Award-winning guy, here's a guy that's in the Rock and Roll Hall of Fame, he's just amazing. He's got a nine-piece orchestra coming with horns and the whole thing; it's going to be sick.

Now in its third year, the three-day-long Riverside Music Festival has grown since its inception, with this year's lineup boasting over 40 different musical acts, along with music workshops, close to 30 different vendors, an interactive "Music Mall," and more.

While all of this sounds great and all, I regret to inform you that tickets to Riverside Music Festival will end up costing you… wait, this here piece of paper says: "NO CHARGE." Well, that, my friends, is what we like to call a sweet deal. Of course, it wouldn't hurt to buy a $5 "sponsorship button," which goes to help keep the three-day fest running at its wonderfully low price of nothing and allow Riverside to keep on providing Northwest Pennsylvania with a multitude of bands and fun times.

"There's just a good energy when you show up to this festival," says Justin Moyar, owner of Moyar Entertainment and producer of Riverside Music Festival. "We don't want to sit there and say it's just for people who like to party. We don't want to say that it's just for people who are musicians. We want to really open it up to just about everybody."

With Riverside churning everything from folk ditties to rock grooves from the speakers, festivalgoers should have plenty for their ears to feast upon. Even better, as the number of bands coming to Riverside has grown, so has the prestige of some of the acts.

"Going out and getting Bernie Worrell is huge," Moyar says of the Parliament-Funkadelic member, who will be performing on the first night of the festival. "My goal for this festival was to bring in somebody notable. Here's a Grammy Award-winning guy, here's a guy that's in the Rock and Roll Hall of Fame, he's just amazing. He's got a nine-piece orchestra coming with horns and the whole thing; it's going to be sick."

Instead of letting the April showers rain on your parade, get into the spring music festival season – for free, no less – without having to wait for the months to come and check out the Riverside Music Festival. For a full list of the bands and events, check ErieReader.com.

When you look up at a movie theater marquee, the number of films mounted up on that glowing list provides a chance for choice, offering up a wide breadth of options for cinephiles to pick their proverbial poison. In the mood for fun romantic comedy? Step right up. Decide to pick an action flick? Right this way. Need a documentary film for a cranial fix? Well, they have that too.

The movie-lovers at the Mercyhurst Institute for Arts & Culture know that you can't please everybody with a single movie choice, so they decided on five. That's right, a quintet of films for your viewing pleasure on five different days, all at Mercyhurst University's Taylor Little Theater.

"I think that with the five movies we have lined up in April, there's definitely something for everybody," says Christine Olivier, the assistant to the director at MIAC. "We've been really fortunate that it all worked out and we got something for everybody in such a short period of time. "The quintet of films kicks off with "The Day I Saw Your Heart," a French romantic comedy starring Mélanie Laurent of "Inglourious Basterds" fame that will be shown at both 2:15 and 7:15 p.m. Friday, April 19. The next day offers up "Hellbound?" at 7:15 p.m., a critically-acclaimed documentary focusing on whether hell truly exists. Part of the Classic Film Series, the very first installment of the beloved James Bond series "Dr. No" will be shown at 2 p.m. Sunday, April 21 for the action-lovers out there or for those that need to catch up on the early Bond entries.

"How can you like 'Skyfall' if you haven't even seen 'Dr. No?'" Olivier asks.

The fourth part of MIAC's film fivesome brings not only "What We Need is the Impossible," a collection of Academy Award-nominated director Sam Green's short films, but also the director himself, with Q&As with the filmmaker following both the 2:15 and 7:15 p.m. showings Friday, April 26. Finally, the Academy Award-nominated documentary "The Invisible War" caps off the month of April, as the emotional investigative report of rape in the U.S. military takes the screen at 7 p.m. Tuesday, April 30.

Five films, five different choices, and a whole bunch of visual feasts served up by MIAC for Erie cinephiles. I'd say that deserves two thumbs up.