Another brilliant idea from the desk of Upfront.

by Cory Vaillancourt
View ProfileFacebookTwitterGoogle+RSS Feed
August 21, 2013 at 7:58 AM 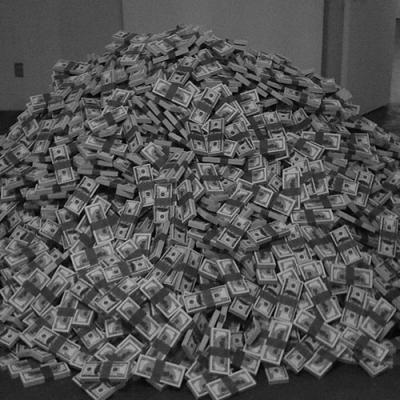 I couldn't help but notice that we are nearing an anniversary – the anniversary of a fierce, frenzied, savage event that made Erie famous from London to New London, if only for a fleeting fifteen.

The anniversary we're nearing – the anniversary of a ferocious, frantic, shocking event that made Erie the center of global awareness from Hamburg to Hollywood and lasted a lot longer than a Warhol minute is the 10th anniversary of the collarbomb. That's right, on August 28, 2003, the sorry story of the totally idiotic collarbomb plot unfolded before a shocked Gem City, and blew up on Peach Street, taking pizza deliveryman Brian Wells with it.

But these two anniversaries – the Battle of Lake Erie and the collarbomb – have a lot more in common than you might think. As the two-year Perry 200 Commemoration winds down this September, another of Erie's Brigadoon moments will fade right back into the ether; the commemoration has been a tremendous success, stimulating our minds and our economy at the same time. But it's almost over, and we won't achieve such stimulation again until 2062.

"But Upfront, how ever shall we stimulate ourselves until then?"  you inquire. I'm glad you asked, you.

It's time to give up the ship, just like Commodore Oliver Hazard Perry did – that's right, during the Battle of Lake Erie, Perry gave up on the Flagship Lawrence, because he had the good sense to realize he was in command of a pile of pointy splinters. He made his way from the leaky husk of the Lawrence to the stout-sided Niagara and immortality, because he knew when to give up and start anew.

We are no longer a steely-stout manufacturing town; we are the rusting hulk thereof, so let's give up on that ship. And since both Roar on the Shore and CelebrateErie continue to demonstrate that we, as a community, simply do not care what we're known for or what kind of culture or reputation we export, the least we can do is get filthy stinking rich by selling gullible tourists cheap Chinese crap at criminally inflated prices.

Henceforth, "Brian Wells impersonator" will be a career choice for both Erieites and theater majors across the globe!

Therefore, every August 28 from now on into perpetuity, Erie will be henceforth known as the epicenter of Collarbombmania (Official slogan: "The second 'b' is silent.").

Obviously, the inevitable result of such a brilliant scheme as this will be the locust-like hordes of tourists flocking to devour our finest regional cuisine and locally-made beers before passing out in the comfort of their locally-owned hotel rooms. Just think of all the new minimum-wage jobs with no healthcare we'll create in those industries by fleecing tourists!

And with those tourists, well, with them come tour busses. Yes, that's right, noble Canadians, with your inferior Canadian Dollar, or loonie, or whatever the hell you call your currency – for just 40 of those things, you too, will be able to experience the magical mystery of the Brian Wells Collarbomb Bus Tour.

It begins with a phone call – only, you don't call them; a mysterious stranger calls you. They ask you to deliver a pizza to WSEE-TV's transmission tower on upper Peach Street, which will be converted to a huge tour bus depot, complete with gift shop. I can already see the "I had a blast in Erie, Pa.!" T-shirts by Jon Box; I can also see Todd Scalise creating a plain white tee that has a drawing of a collarbomb around the neck, Shepard Fairey producing a Brian Wells poster that says "PATSY," and bumper stickers from the Chamber that say "Erie: It's blowin' up!"

Once you arrive at said location, a group of roguish white trash holds you at gunpoint, scans your debit card, and then directs you to a waiting bus.

Before boarding, you'll be issued a device that straps around your neck and emits an audible ticking sound. Then, stepping on to the bus, you'll be greeted by one of those "new minimum-wage jobs with no healthcare" I was talking about; henceforth, "Brian Wells impersonator" will be a career choice for both Erieites and theater majors across the globe! We can scrape up the rejects from Disney, "Yo Gabba Gabba," and dinner theater and dress them in light blue jeans, nerdy white shoes, oversized clear coke-bottle eyeglasses, and, ironically, a white T-shirt that says "America" on it.

Anyhow, the Brian Wells impersonator/tour guide will tell you the story* as the bus whisks you through the seedy underbelly of Erie – crack dens, prostitutes, and PNC Bank, where the robbery occurred. As the telltale ticking becomes louder, and the bus drives faster, and the pace becomes more frantic, and your heart threatens to jump out of your chest, you'll wonder, like Brian Wells did, "Is this a real bomb? Will it punch a hole the size of a fist through my chest? When?"

Talk about an experience! We'll send these Canadians back to Hamilton as emissaries of Erie, with their "I survived Collarbombmania!" T-shirts, yo-yo's, and shoehorns. Our economy will flourish (for a lucky few) and our underclass will…well, they'll still be the underclass. But hey, it's either embrace this tourism thing, or work to develop high-paying jobs in the technology sector. But that's new and scary, and most of Erie's still waiting for this "Internet" thing to catch on before making any long-term commitments.