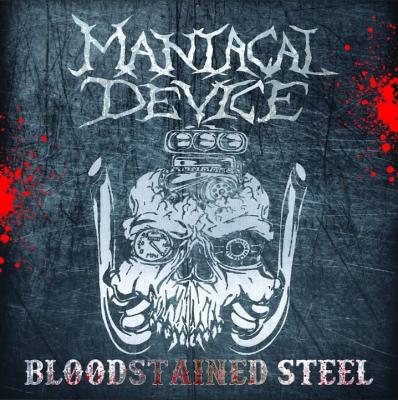 It's time to blow out your eardrums once again, as local thrash maniacs Maniacal Device are back with 24 face-melting minutes of metal. Bloodstained Steel takes cues from the band's musical heroes, all while maintaining their own unique sound. The cover of Bloodstained Steel is a nod to the snaggletooth logo that graced many Motorhead album covers, and songs like "Salvation Fiend" and "Stabbed in the Back" have similar structure to bands like Suicidal Tendencies and The Accused. While the songs "Christmas Party" and "Beer Money" lyrically are in the same vein as Fear, the music is more akin to Gang Green. As we have come to expect there are still references to movies, including an ode to Laura Palmer called "Wrapped in Plastic," and plenty of samples from the films they enjoy, including one from Talladega Nights on the track "Go!" This technique was a staple of many early thrash and punk bands in the early '90s, which melds well within Bloodstained Steel. A physical release is said to be coming in the future, but for now you can stream it on Bandcamp and Spotify. It's metalhead nostalgia without the hangover.