Need help crafting that Spotify playlist? Bieler and Speggen to the rescue with four albums for your listening pleasure. 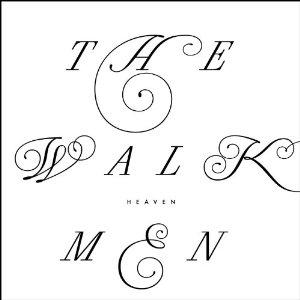 It's been 10 years since the Walkmen released their debut album, making waves with their vintage instrumentation, jangly guitars, and Hamilton Leithauser's full-throated shout of a voice. With their knack for producing tracks encapsulating feelings of alienation and weariness, "Heaven" is a peculiar, yet appropriate name for the band's newest album. The group has grown up, sounding more than content with their newfound family lives. Now Leithauser sings of growing old with his "his best friend" on the title track, showing the band is quite content with their current home lives. While not as loud as they were back in their younger days, the band can still kick out a rocking tune, but quieter tracks like "Line By Line," a spectacular five minutes of a single guitar, hushed strings, and the gentlest words Leithauser has ever sung, are what make this album truly heavenly.
4.5/5
-Alex Bieler

When it comes to creating utterly gorgeous music, there aren't many bands better than Sigur Rós. The Icelandic quartet has been active for nearly two decades, pumping out breathtakingly beautiful, slow-moving sonic landscapes that connect with listeners on an emotional level, even if they can't understand any of what lead singer Jónsi is saying in either his native tongue or a made-up language used in some of the group's songs. "Valtari," Sigur Rós' sixth full-length album and first since 2008's simply titled "Með suð í eyrum við spilum endalaust", certainly doesn't change the band's signature style. Each song slowly churns forward, drawing out each strain of bowed guitar, strings, and more to exquisite effect. However, much of "Valtari" lacks the emotional explosion that Sigur Rós employed in the past to bring songs to a bone-chillingly beautiful climax. Still, "Valtari" is gorgeous enough to make up for it.
4/5
-Alex Bieler

Back in 2009, Japandroids almost stopped playing music. The Canadian strum-and-drum duo made up of Brian King and David Prowse was going to be shut down after a few shows, with "Post-Nothing" being released after the group's final gig. Luckily for us, the album started getting noticed and the band kept rocking out the only way they deemed appropriate: loudly. "Celebration Rock" is quite similar to its predecessor, in that every song is filled with militant drumming, fuzzed-out guitar riffs, and an urgency that only a band that came so close to ending can know. At the age of 29, both King and Prowse are stuck in the middle ground between youthful partying and the realization that they might not be able to keep rocking for the rest of their days. On this album, however, the band celebrates how rock and roll can make your life sensible.
5/5
-Alex Bieler


Regina Spektor
What We Saw from the Cheap Seats
Sire / Wea

In 2009, Spektor offered up her most accessible music to date with "Far." Three years later with her sixth full-length album, Spektor continues that accessibility—culling from some previously written material—but returns to the quirky yet cerebral anti-pop East Village sound she first broke onto the scene with. Album opener "Small Town Moon" draws listeners in with a slow, sultry beginning that heats up quickly. The playful, piano-driven pop continues on lead single "Don't Leave Me (Ne Me Quitte Pas)," a bubbly tune built for windows-down, beach-breeze-blowing summertime driving. But songs like "Firewood," "Patron Saints," and "All the Row Boats," a song about art trying to escape a museum, add a much-welcomed texture and density to the album, showcasing Spektor's superb vocal and lyrical prowess, proving she's more than just bubblegum ear candy.
4/5
-Ben Speggen