Come out and support victims of child abuse and sexual assault. 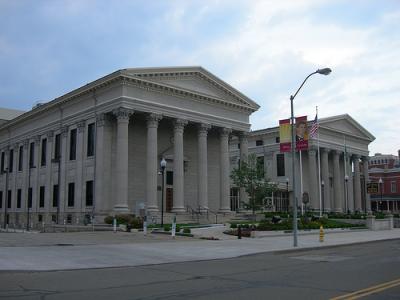 Though you may not know it, April is Child Abuse Prevention Month, a time for community members to come together in support of victims of child abuse. Beyond that, individuals are encouraged to help spread awareness about ongoing issues of child abuse and sexual assault, and to dedicate themselves to the protection of children's well being. Of course these are the sort of issues that extend beyond our community to the country at large, but it is crucial that we do our part locally.

Erie County Executive Kathy Dahlkemper will do exactly that Tuesday, April 7 when she will lead an awareness ceremony at the Erie County Courthouse. The goal of the ceremony is to strive towards prevention of child abuse and sexual assault by fostering community awareness. In a press release Dahlkemper commented on the event stating,

"Shedding a spotlight on child abuse and sexual assault displays our support and serves as a reminder that children are suffering from a hidden epidemic of abuse and neglect, and that rape is the most underreported crime in this country. This month we are shining a light on prevention and awareness to show support by everyone impacted by abuse and assault"

And these issues are far reaching. According to the Centers for Disease Control and Prevention, more than 3 million reports of child abuse are made in the United States involving more than 6 million children. We must take a firm stance in the face of these statistics and make concerted efforts to promote prevention.

So come out to the Erie County Courthouse April 7 at 7:45 p.m. and show your support for  victims of child abuse and sexual assault. The fight against these issues is best fought by the community as a whole.