The gang down at City Hall kicked the month off with a juicy dose of drama at the October 5 city council meeting, as a steely city council minority drove the line against an obstinate old guard majority, city constituents popped off against an imminent executive pay boost, and one local business man flat out accused city council members of corruption. Cornell Green has his eye on City Council. 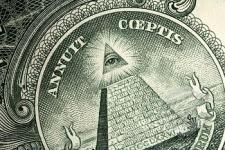 The gang down at City Hall kicked the month off with a juicy dose of drama at the October 5 city council meeting, as a steely city council minority drove the line against an obstinate old guard majority, city constituents popped off against an imminent executive pay boost, and one local business man flat out accused city council members of corruption.

Randy Barnes represented the most noteworthy example of a group of local constituents disgruntled over the mayor's proposed pay increase during the national and local recession. Barnes approached the podium calmly but left the surety of council credibility in tatters, as he fired accusations like cruise missiles, at members of both city council and city administration. He flat-out accused councilman Joseph Schember, vice president of PNC bank, of playing "point-man" for the city administration and of using his influence to shovel city money over to his bank customers, in this case, McCormack Construction.

"He voted on his own bond," he said repeatedly, as he held up a sheet of paper. "Can we trust him not to vote for his own customers?" Barnes said, as he bumped his red blinking crosshairs a notch up the city organizational ladder.

"This wasn't councilman Schwartz's idea," Barnes said of the proposal to hike the mayor's pay. "This was payback for getting this lucrative bond issue without ever submitting a proposal."

He laid in to them like a T-3 droid beamed in for retribution.

"Boy, that 50 percent salary increase will really help that pension, won't it?" Barnes said later, referring to his view of the proposal's effect on the outgoing mayor's compensation package.

After Barnes and other constituents had their say, a new tone had been set. More people than just Barnes had taken issue with the mayor's proposed pay raise.

The first significant issue council threw around after that was a proposal by councilman Mark Aleksandrowicz to change the way council elects presidents.

Aleksandrowicz submitted a provision that would, among other things, stop council presidents from serving two years back-to-back. He said drew it up to stop cliquey power plays that can produce mini-downtown-dynasties based on who has the most friends.

Currently, the council votes to choose its presidents; they can serve multiple terms. Aleksandrowicz said it's exactly these liberties that open doors for shifty political arm-twisting that goes down under the radar.

Aleksandrowicz said even before he served on council he had wanted to make this type of provision. He said the strong-arming starts early in a councilmember's career and that city council newbies are basically told whom they have to back straightaway, just shortly after manning the downtown mothership.

By problems, he meant dynamics of what he called "good ol' boy politics."

Discussion commenced. Aside from snagging the support of councilman Pat Cappabianca, the deck was stacked against the provision, as other council members circled their wagons and picked it apart.

The councilmembers' objections were based on claims that they knew little of back room dealings or strong-arming, assertions that the provision was "too restrictive," and opened the door for council presidents who were unfit for the job, and that president-picking had been council's job—so it shouldn't change.

Councilman Cappabianca, who, throughout the meeting, made a habit of storming the line with well-aimed barrages of razor-sharp logic, blew objections out-of-the-water time and again, with swift verbal haymakers he seemed to lob effortlessly.

"My position has always been clear," he said at one point in the discussion. "Council President should not succeed himself."

To assertions by councilmembers that the provision opened the door to unfit presidents, Cappabianca responded leisurely: "If a person doesn't do a good job, he should not be here at all."

He could be called Pat Bust-a-Capp-abianca.

Despite Aleksandrowicz and Cappabianca's efforts against the back-room hootinan and bucknasty flim-flam they both confirmed to have seen with their own two eyes, the status quo prevailed. The provision was defeated soundly 5 to 2.

The meatiest issue of the morning was a provision asserted by councilman Schwartz, to give the mayor a raise. The $30,000 hike would increase the mayor's salary by 50 percent of the current amount, taking it from $65 to $95 thousand a year.

Schwartz defended the proposal, saying the salary was too low and had been that way for a while. He said a competitive wage was necessary in order to attract quality talent for the position and that a recent college grad could feasibly snub the position at $65K, given the student loan crisis many kids face.

"That's not nearly enough money for somebody that's qualified," Schwartz said, calling the resolution a "no brainer."

To councilman Schwart's assertion that the current mayor's salary would make it difficult to attract talent, Busta-Cappa responded: "Are you kidding?"

Cappa ran through the annals of Erie City history, naming grand examples of city-hall O.G.'s like Gardner, Williamson, Tullio, Savacchio, Bagnoni, and Cannavino.
He said Gardner left a college professor position to accept a 7,500-dollar mayor's salary, and that Tullio left a cushy gig at the Erie School District, to serve the city for just 16 grand. He said Bagnoni and Cannavino didn't even have degrees.

Busta expressed a bit of frustration as he holstered his case.

"Politics is at play here," the councilman said.

In a last ditch effort, Wicz Tracy made a motion to table the resolution, or put it on the shelf for a while. Tabling was seconded by Busta Cappa, but was quickly struck down in a council vote.

Still, the resolution was passed 4 to 3 in favor of the mayor's salary increase.

They say the big man and some of the Fab 7 he's rollin' with are using a greasy paw to line their pockets. While we can't say for sure, a few smart guys, like T-3, Slick Wicz Tracy, and the O.G. Busta-Cappa-Bianca, threw the kitchen sink at the issue, sayin' these slick-willie-isms are the raw dope. It looks leaky. The writing was on the wall, and the line is in the sand, but at this point, them boys dun already put the benjis in his hands. Understand?