There's a community garden coming to Edinboro. Can you dig it? Yes, you can. 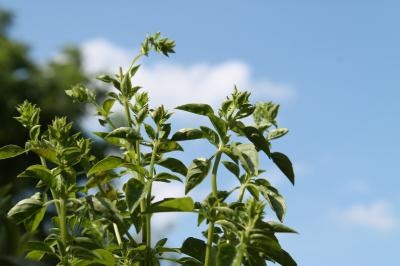 Until quite recently, I had no idea that sunny Edinboro, the quaint little town my family and I call home, is actually a food desert.

That sore designation -- duly given earlier this year by the Erie County Department of Health -- comes from the fact that Edinboro's two supermarkets are both well over a mile away from the college town's population center, meaning easy access to healthy, fresh, and affordable foods is, well, not so easy for a large majority of its residents (many of whom are non-vehicle-possessing students).

But soon, just up the road (and within easy walking distance) from Edinboro University, there will be a community garden growing, doing its part to green up the desert -- and it's inviting everyone to join in (and reap the fruits, and veggies, of) the effort.

"Our target audience is individuals with no place of their own to grow food," Garden of Edin Community Garden organizer Heather Zimmerman (one of Penn State University's Erie County-based master gardeners) recently said. "The whole idea behind this is to form a community," she added, in which gardening wisdom and experience "can pass between between generations, between knowledge levels," and between the hands doing the work.

"Our vision," Zimmerman said, is that "this garden will bring together diverse members of our community together to learn to garden, and to eat healthy."

For this spring's planting season, its first, the Garden of Edin (located just off Route 6N on a patch of previously-fallow land owned by the First United Presbyterian Church of Edinboro) is starting out with a total of 20 raised growing beds, each filled with fertile soil mixes and ready to be sown with a variety of free seeds being provided by the garden's organizers.

Half of those 20 beds had already been claimed by soon-to-be community gardeners when I spoke with Zimmerman recently, and that number may be higher at this point, but she said there is still some space available for anyone who would like to claim it. The garden has also reserved two beds for growing fresh, healthy produce specifically for the Edinboro Food Pantry, which, according to organizers, serves upwards of 200 local residents on a weekly basis.

And if all goes well this first year, Zimmerman said, there's plenty of room for the garden to grow bigger.

The cost to rent a bed and get growing with the Garden of Edin is only $10 per year, which organizers said covers costs of the garden's construction and for things like shared tools, critter-resistant fencing, compost bins and water-holding tanks.

Considering what could be reaped, that's more than reasonable -- especially when you think about how much your last trip to the convenience store cost you, and what you actually got from it.

To find out more about the Garden of Edin Community Garden and how to get a space in it, call its organizers at 814-734-3511, or e-mail edingardenboro@gmail.com.