How the best Videogame story this fall is HBO's Westworld 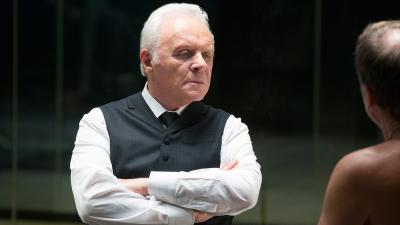 Westworld is my favorite show of the fall, and for good reason too - I am the Serial Gamer. Creators Jonathan Nolan and Lisa Joy are avid gamers and site open world games like Red Dead Redemption and the Bioshock series as inspirations.

Although I haven't seen Lisa Joy's previous shows (Person of Interest and Burn Notice,) Jonathan Nolan has co-wrote some of my favorite recent movies, (Memento, The Prestige, and the lesser-but good "The Dark Knight trilogy" to name a few) along with his brother, director Christopher Nolan.

Westworld is a series based on the 1973 movie of the same name. In the world of the show, the wealthy can pay an absorbent amount of cash to live out their fantasies in a western style theme park where the inhabitants are robotic creations (hosts,) meant only to serve the needs of their guests. In the original movie, the robots became "self aware," (whether truly self aware robots or playing their gun wielding killer counterparts) and began killing the guests. The HBO series retains a similar, albeit more complex premise than the original, which will inevitably be strewn out though a multi-season arc.

Anthony Hopkins and Ed Harris round out the cast each with stellar performances throughout the first two weeks. The man in black (Harris), appears to be someone who has never left, or at least keeps coming back to Westworld to play out his fantasies. He is now on a quest to find the "maze" (hidden passage) of the themepark, killing anything (or any robot) that stands in his way. Westworld has, so far, many things in common with Lost, which is no surprise as the executive producer on the show is J.J. Abrams.

In a recent interview with VICE, Showrunner Nolan says he's "fascinated by how non-player-characters in video games have their own lives. In Skyrim, when you walk into a village, you aren't necessarily the most important person there. The NPCs have lives that happen whether you're there or not. It's a qualitatively different relationship than the one screenwriters have with their characters, because video game characters don't just recite dialogue—they do s***, and the players interact with them." To me, this is where Westworld, so far, has shined. Looking at this through the lens of the gamer.

Westworld is captivating. Over the past weeks I have been reading message boards and listening to podcasts ("Watching Westworld" podcasts has been great) about any theories or points of view about where this show could end up. The original movie has other worlds (medieval and roman) that existed in this universe. Will Westworld go there? Is Dr. Robert Ford (Hopkins) introducing religion to the world? How do bullets work in this world? - the man in black gets shot many times. And Delores (who kills a fly - a living creature) picks up possibly the only real gun in the park?

As a player of video games for the better part of my life, I remember the first time I rode a horse into the countryside of Red Dead Redemption and was stopped by a couple of men with a broken carriage wheel that needed my help. They turned the tides and killed me on the spot - they turned out to be bandits.

by Nick Warren3/26/2020, 11:15 AM
The sensational Netflix documentary series is as wild as it sounds

by Hannah McDonald6/20/2018, 11:15 AM
In remembrance of Dublin's Bloody Sunday, Jonathan Nolan will be playing a free show of Irish rebel songs