What makes the U.S. exceptional? Hint: it's not about the countries we invade... 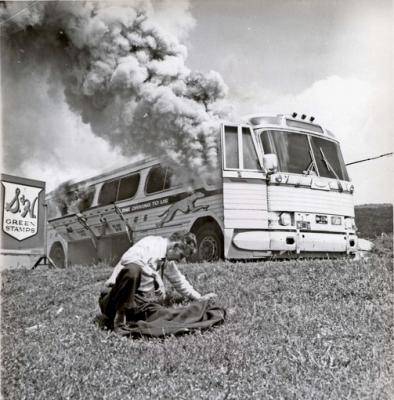 Remember Russian President Vladimir Putin's letter to the American people? I do! Well, let's get past the smugness, the lies, the...well...the editorial, and focus for a moment on this:

And I would rather disagree with a case [President Obama] made on American exceptionalism, stating that the United States' policy is "what makes America different. It's what makes us exceptional." It is extremely dangerous to encourage people to see themselves as exceptional, whatever the motivation. There are big countries and small countries, rich and poor, those with long democratic traditions and those still finding their way to democracy. Their policies differ, too. We are all different, but when we ask for the Lord's blessings, we must not forget that God created us equal.

My first impression was, well, he's sort of right. The United States isn't inherently better because we're the United States. Whatever policy the nation pursues isn't immediately imbued with magic unicorn dust and –poof! – it's exceptional! But...but...there is something exceptional to the U.S., right?

Read backward into history, American exceptionalism bestows a kind of inevitability upon the hard-won victories for individual rights and freedoms. Seneca Falls, Gettysburg, Selma and Stonewall look less like heroic instances in which huge moral questions were advanced by people willing to risk their own well-being and more like dime-store dramas in which the outcome is assured because good always triumphs. Lulled into that conception of progress we look at the United States as, if not infallible, then certainly less fallible than all other regular nations. This country's greatest virtues stem from understanding its own flawed human normalcy, not its alleged superiority. Viewing one's history as a résumé of triumphs serves no one's best interests – least of all those of the United States.

The courageous, too often individual, forays against popular culture, the establishment, the way things are -- advancing individual liberty, civil rights, democracy, that's what's exceptional about the U.S. Invading Middle Eastern countries...not so much.