Making light of the dark 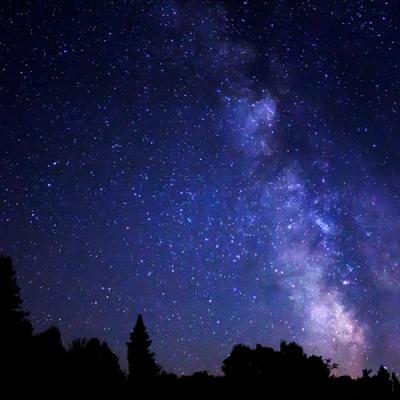 Camp Fitch is located on Lake Erie in North Springfield, just beyond the landmark of Peggy Gray Candies. Though it's operated by the Youngstown, Ohio YMCA, many Erie area folks have ties to the place either as summer campers, outdoor education students, staffers, or volunteers. And to most of them, it's mythic.

On a solo trip to hike in Saguaro National Park over a decade ago, I met a man who lived in Madison, Wisconsin but had attended Camp Fitch as a boy. Sharing memories of the place and its quintessentially northwestern Pennsylvania landscape was a homecoming, never mind that we were surrounded by javelinas meandering through the ocotillo at dusk. I was surprised by how ebulliently I described the place; how schoolgirl giddy I sounded in talking about the cliff overlooking the shoreline, the inland pond, the acres and acres of fairytale woods.

I'd been back in Erie a couple of years and was planning a move, possibly to the southwest I'd come to explore. But that moment of reminiscence made a strong impression, reminding me that our landscape is no less phenomenal than that desert one I'd longed for from afar.

Despite my history as a reluctant nine-year-old camper, I fell madly in love with Camp Fitch in high school, when I went there as a counselor for the fifth graders from our school district. After my freshman year of college, I became a summer camp counselor. When fall rolled around, nothing about a college classroom could compare to what I was learning under a big starry sky on the lake, so I took a year off from school and stayed on at camp. Winter there was no less wondrous but memories of summer camp pursued me day and night, long after the evening activities that readied campers for bed.

I'd like to believe today's summer campers are still captivated by sparking candy. That smart phones are banned, thus saving everyone from ruined night vision and the urge to Google-answer every why of life, instead of reveling in moments of mystery and wonder.

After that night's bonfire, we'd gather our charges and pass out the Life Savers. The hardest part was convincing the kids – sky-high on roasted marshmallows – to wait. Once everyone had a Life Saver vise-gripped between grinning teeth, we'd circle up in the surrounding dark. Then, on a count of three, we'd all bite down, erupting into awestruck giggles as fireworks exploded in our mouths. We didn't need to explain why Wint-o-Green Life Savers sparked in the dark. It was astonishing enough that they did.

I'd like to believe today's summer campers are still captivated by sparking candy. That smart phones are banned, thus saving everyone from ruined night vision and the urge to Google-answer every why of life, instead of reveling in moments of mystery and wonder.

I'd like to believe that as those girls become lovely young women, "the dark" remains more than just something to fear.

And I'd like to believe that despite 20 years of encroaching light pollution, it's still dark enough at that old camp to see the sparks of Life Savers and the glitter of the Milky Way. And that the mythical majesty of our shoreline inspires countless more to look up, again and again, for the rest of their precious lives.