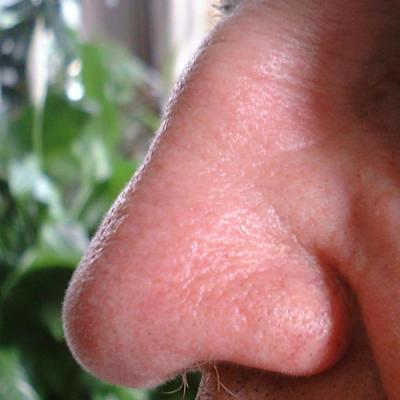 A conservation biologist at Australia's University of New South Wales said in July that his team was headed to Botswana to paint eyeballs on cows' rear ends. It's a solution to the problem of farmers who are now forced to kill endangered lions to keep them away from their cows. However, the researchers hypothesize, since lions hunt by stealth and tend to pass up kills if the prey spots them, painting on eyeballs might trick the lions to choose other prey. (For the same reason, woodcutters in India wear masks painted with faces backward for protection against tigers.) [Sydney Morning Herald, 7-6-2016]

A Government Program That Actually Works: A motorist in Regina, Saskatchewan, was issued a $175 traffic ticket on June 8 after he pulled over to ask if he could assist a homeless beggar on the sidewalk. According to the police report cited by CTV News, the "beggar" was actually a cop on stakeout looking for drivers not wearing seat belts (who would thus pay the city $175). Driver Dane Rusk said he had unbuckled his belt to lean over in the seat to give the "beggar" $3 and moments later, the cop's partner stopped Rusk (thus earning Regina a total of $178!). [CTV News, 6-10-2016]

One of America's major concerns, according to a U.S. congressman, should be the risk that if an apocalyptic event occurs and we are forced to abandon Earth with only a few species to provide for humanity's survival, NASA might unwisely populate the space "ark" with same-sex couples instead of procreative male-female pairs. This warning was conveyed during the U.S. House session on May 26 by Texas Congressman Louie Gohmert (who seemed not to be aware that gay males might contribute sperm to lesbians for species-continuation). [New York Daily News, 5-27-2016]

What Goes Around, Comes Around

In May, the Times of India reported the death of a man known only as Urjaram, in Rajasthan, India, when, while hosting a party, he forgot that while he was enjoying himself, he had left his camel in the sun all day (during a historic heat wave) with its legs tied together. When Urjaram finally went outside, the enraged camel "lifted him by the neck," "threw him to the ground" and "chewed on his body," severing his head. (2) The thief who ransacked a community greenhouse in County Durham, England, in July got away, but, according to residents, among his bounty was a bottle of rum that is usually offered only as a constipation remedy, in that it contained a heavy dose of the aggressive laxative "lactulose." Said one resident, "Maybe (the thief has) left a trail" for the police. [The Times of India, 5-23-2016] [The Northern Echo (High Wycombe, England), 7-15-2016]

Many website and app users are suspected of "agreeing" to privacy policies and "terms of service" without comprehending them (or even reading them), though most judges routinely assume the user to have consented to be bound by them. In a controlled-test report released in July, researchers from York University and University of Connecticut found that 74 percent skipped the privacy policy altogether, but, of the "readers," the average time spent was 73 seconds (for wordage that should have taken 30 minutes), and time "reading" terms of service was 51 seconds when it should have taken 16 minutes. (If users had read closely, they might have noticed that they had agreed to share all their personal data with the National Security Agency and that terms of service included giving up their first-born child.) [ArsTechnica.com, 7-12-2016]

Air Force Col. Eugene Caughey is scheduled for court-martial in August in Colorado Springs, Colorado, charged with six counts of adultery (a violation of the Uniform Code of Military Justice) which he alleges constitutes illegal discrimination because he is heterosexual. That is, only heterosexuals can have the "sexual intercourse" required for adultery since the UCMJ defines the term as between a man and a woman; same-sex pairs cannot have "sexual intercourse." (Even if Caughey prevails on the discrimination issue, he faces other, more serious charges that may bring him life in prison.) [The Gazette (Colorado Springs), 6-29-2016]

Update: News of the Weird reported in 2007 and 2014 that, despite the abundant desert, Middle East developers were buying plenty of beach sand from around the world (because the massive concrete construction in Dubai and Saudi Arabia, among other places, requires coarser sand than the desert grains tempered for centuries by sun and wind). The need has now grown such that London's The Independent reported in June that black market gangs, some violent, are stealing beach sand and that two dozen entire islands in Indonesia have virtually disappeared since 2005 because of sand-mining. [The Independent, 6-23-2016]

Farmers high in Nepal's Himalayas are heavily dependent on harvesting a fungus which, when consumed by humans, supposedly produces effects similar to Viagra's but the region's rising temperatures and diminished rainfall (thought to result from global climate change) threaten the output, according to a June New York Times dispatch. Wealthy Chinese men in Hong Kong and Shanghai may pay the equivalent of $50,000 a pound for the "caterpillar fungus," and about a million Nepalese are involved in the industry, producing about 135 tons a year. (The fungus is from the head of ghost moth larvae living in soil at altitudes of more than 10,000 feet.) [New York Times, 6-27-2016]

Joshua Long, 26, was arrested in Carlisle, Pennsylvania, in June for possession of a suspected-stolen human brain (which he allegedly kept in a shopping bag under the porch at his aunt's trailer home). Police believe that the brain had been a medical teaching aid, but that Long was lacing his marijuana with the brain's embalming fluid. (Long and a former resident of the trailer home called the brain "Freddy.") [PennLive.com (Mechanicsburg, Pa.), 7-15-2016]

Large-schnozzed people from all over Europe squared off in June for the World Nose Championship in Langenbruck, Germany (held every five years since 1961). After judges applied precision calipers (adding length plus width), Hans Roest was declared the winner. (Also reported: Contestants believe snuff tobacco and beer to be size-enhancing substances.) (2) An unnamed man, 55, and woman, 40, were arrested near Joplin, Missouri, in July, after being spotted riding a stolen lawn mower at 8:45 a.m. naked. They told police that someone had stolen their clothes while they were skinny-dipping and that the mower was their best option to make it home. [The Local (Berlin), 6-20-2016] [Joplin Globe, 7-14-2016]

A News of the Weird Classic (September 2012)

A centuries-old practice of China's upper class continues today, reported Slate.com in August (2012), except with a bit more circumspection. Rich or powerful people convicted of crimes can still hire replacements to serve their sentences but because of ubiquitous Internet videos, only if the replacements facially resemble them. Since the convict winds up paying something for his crime (though a relatively small price), Slate called the practice (known as "ding zui") sort of a "cap-and-trade" policy for crime. [Slate.com, 8-2-2012] ,