Bad news for the bolívares under your mattress 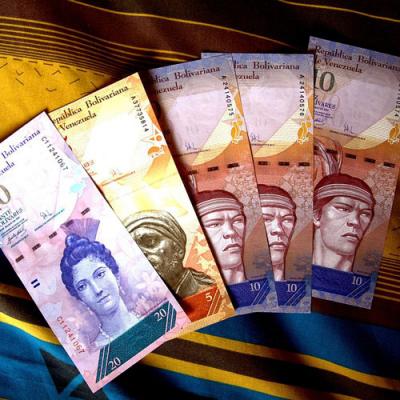 The Hastens workshop in Koping, Sweden, liberally using the phrase "master artisans" recently, unveiled its made-to-order $149,900 mattress. Bloomberg News reported in December on Hastens' use of superior construction materials such as pure steel springs, "slow-growing" pine, multiple layers of flax, horsehair lining (braided by hand, then unwound to ensure extra spring), and cotton covered by flame-retardant wool batting. With a 25-year guarantee, an eight-hour-a-day sleep habit works out to $2 an hour. (Bonus: The Bloomberg reviewer, after a trial run, gave the "Vividus" a glowing thumbs-up.) [Bloomberg News, 12-2-2016]

Humans are good at recognizing faces, but exceptionally poor at recognition when the same face's features are scrambled or upside down. In December, a research team from the Netherlands and Japan published findings that chimpanzees are the same way -- when it comes to recognizing other chimps' butts. That suggests, the scientists concluded, that sophisticated recognition of rear ends is as important for chimps (as "socio-sexual signaling," such as prevention of inbreeding) as faces are to humans. [Washington Post, 12-6-2016]

Humanity has accumulated an estimated 30 trillion tons of "stuff," according to research by University of Leicester geologists -- enough to fit over 100 pounds' worth over every square meter of the planet's surface. The scientists, writing in the Anthropocene Review, are even more alarmed that very little of it is ever recycled and that buried layers of technofossils that define our era will clutter and weigh down the planet, hampering future generations. (Don't just think of "garage sale" stuff, wrote Mother Nature News; think of every single thing we produce.) [Mother Nature News, 12-7-2016]

A federal appeals court agreed with a jury in December that Battle Creek, Michigan, police were justified in shooting (and killing) two hardly misbehaving family dogs during a legal search of a house's basement. Mark and Cheryl Brown had pointed out that their dogs never attacked; one, an officer admitted, was "just standing there" when shot and killed. The officers said that conducting a thorough search of the premises might have riled the dogs and threatened their safety. (Unaddressed was whether a dog might avoid being shot if it masters the classic trick of "playing dead.") [Battle Creek Enquirer, 12-21-2016]

Spencer Hanvey, 22, was charged with four burglaries of the same MedCare Pharmacy in Conway, Arkansas, in October and November, using the same modus operandi each time to steal drugs. (Bonus: Oddly, the drugs were not for obsessive-compulsive disorder.) (2) If You See Something, Say Something: Hamden (Connecticut) High School was put into lockdown for an hour on Dec. 15 when a student was seen running in the hallway, zig-zagging from side to side, swinging an arm and leaping into the air. Police were called, but quickly learned that it was just a 12th-grade boy practicing a basketball move and pretending to dunk. [Arkansas Online, 12-7-2016] [New Haven Register, 12-15-2016]

Low-Tech Pervs: (1) A camera-less Alan Ralph, 62, was arrested in Sarasota, Florida, in December after being seen on surveillance video in October in a Wal-Mart stooping down to the floor to peer up the skirt of a woman. (2) John Kuznezow, 54, was charged with invasion of privacy in Madison, Wisconsin, in November after he was discovered, pants down, up a tree outside a woman's second-floor bedroom window. [WFLA-TV (Tampa), 12-6-2016] [WMTV (Madison), 11-8-2016]

The Immigrants Wanted to Believe: For about 10 years, organized crime rings operated a makeshift U.S. "embassy" in a rundown pink building in Accra, the capital of Ghana, issuing official-looking identification papers, including "visas" that theoretically permitted entry into the United States. The U.S. State Department finally persuaded Ghanian officials to close it down, but it is unknown if any purchasers were ever caught trying to immigrate. The "embassy," with a U.S. flag outside, had well-spoken "consular officers" who reportedly collected about $6,000 per visa. [Ghana Business News, 12-2-2016]

Wu Jianping, 25, from China's Henan province, complained in November that he had been denied home loans at several banks for not providing fingerprints -- because he has no arms (following a childhood accident) and "signs" documents by holding a pen in his mouth. He was not allowed to substitute "toeprints." (2) Classes were canceled in early December in the village of Batagai in the Yakutia region of Siberia when the temperature reached minus 53 Celsius (minus 63 Fahrenheit) -- but only for kids 15 and under; older children still had to get to school. Yakutia is regarded as the coldest inhabited region on the planet. [China Daily, 11-22-2016] [The Sun (London), 12-8-2016]

Sex Toys in the News

Not Ready for Prime Time: (1) Leonard Rinaldi, 53, was arrested in Torrington, Connecticut, in November following his theft of a rare-coin collection belonging to his father. The coins were valued at about $8,000, but apparently to make his theft less easily discoverable, he ran them through a Coinstar coin-cashing machine -- netting himself a cool $60. (2) James Walsh was arrested in Port St. Lucie, Florida, on Dec. 12 at a Wal-Mart after carting out an unpaid-for big-screen TV. Walsh said he had swiped a TV on Dec. 11 with no problem -- but failed to notice that, on the 12th, the store had a "shop with a cop" event at which St. Lucie County deputies were buying toys for kids. [WTIC-TV (Hartford), 11-16-2016] [WPEC- TV (West Palm Beach), 12-12-2016]

Zimbabwe's hyperinflation remains the most storied, but Venezuela is catching up. In mid-December, the government declared its largest-currency bill (the 100-bolivar note) worthless, replacing it with larger denomination money (after a brief cash-in period that has ended and which some drug dealers were likely shut out of). The 100-bolivar's value had shrunk to 2 cents on the black market. Stacks of it were required to make even the smallest food purchases, and since wallets could no longer hold the notes, robbers feasted on the "packages" of money people carried around while shopping. [Wall Street Journal, 12-13-2016]

In October, Chicago alderman Howard Brookins Jr. publicly denounced "aggressive" squirrels that were gnawing through trash cans and costing the city an extra $300,000. A month later, Brookins was badly injured in a bicycle collision (broken nose, missing teeth) when a squirrel (in either a mighty coincidence or suicide terrorism) jumped into one of his wheels, sending Brookins over the handlebar. (2) In October, officials of Alaska's Iditarod reaffirmed an earlier decision to allow mushers to use mobile phones during the 2017 race; "purists" maintain that phones destroy the "frontier-ness" of the event. [Chicago Tribune, 11-22-2016] [Alaska Dispatch News, 10-28-2016]