Sounding silence and sculpting space, all for the sake of art. 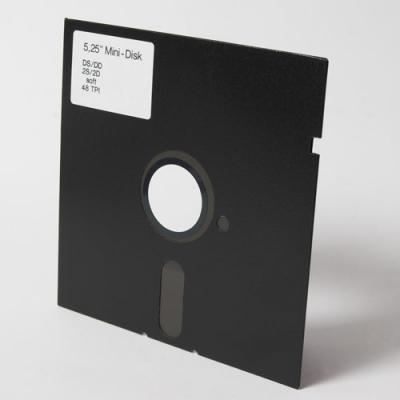 In May, the Norwegian Consumer Council staged a live, 32-hour TV broadcast marathon a word-for-word reading of the "terms of service" for internet applications Instagram, Spotify and more than two dozen others, totaling 900 pages and 250,000 words of legal restrictions and conditions that millions of users "voluntarily" agree to when they sign up (usually via a mouse click or finger swipe). A council official called such terms "bordering on the absurd," as consumers could not possibly understand everything they were legally binding themselves to. (The reading was another example of Norway's fascination with "slow TV"  the success of other marathons, such as coverage of a world-record attempt at knitting yarn and five 24-hour days on a salmon-fishing boat, mentioned in News of the Weird in 2013.) [Wall Street Journal, 5-25-2016]

The Defense Department still uses 1980s-era 8-inch floppy disks on computer systems that handle part of America's "nuclear umbrella," including ballistic missiles. Also, according to a May report by the Government Accountability Office, systems using 1970s-era COBOL programing language are still used for key functions of the Justice Department and Internal Revenue Service, among others (including Veterans Affairs, for tracking beneficiary claims). Agencies have reported recruiting retired employees to return to fix glitches in operating systems long since abandoned by Microsoft and others. [CNBC, 5-25-2016]

In April, police in Boise, Idaho, told KAWO Radio that they will not relax the year-old ban on dachshund "racing" that was a traditional family entertainment highlight at the annual "Arena-Wiena Extravaganza"  because all dog-racing in Idaho is illegal. The station had argued that the law intended to target only greyhound racing; that an exception had been carved out for popular dogsled racing (reasoning: individual dogs were not racing each other); and that, in any event, the "race" course was only about 40 feet long  but reported that the authorities were "dead serious" about the ban. [LoweringTheBar.net, 4-25-2016]

A watchdog agency monitoring charities revealed in May its choice for "worst" among those "helping" U.S. veterans: The National Vietnam Veterans Foundation raised more than $29 million from 2010 to 2014  but wound up donating about 2 cents of every dollar toward actual help. The other 98 cents went to administration and fund-raising. (Similarly troubling, according to the watchdog, is that the CEO of NVVF is a staff attorney at the U.S. Department of Veterans Affairs.) [Fox News, 5-17-2016]

More Adventures of the Easily Offended

A March video featured a black San Francisco State University woman angrily confronting a white student, accusing him of "cultural appropriation" because he was wearing his hair in dreadlocks. (2) A March fitness club ad pitch in Sawley, England, picturing an extraterrestrial with the caption, "And when they arrive, they'll take the fat ones first," was denounced by an anti-bullying organization as "offensive." (3) A May bus-stop ad for a San Francisco money lender ("10 percent down. Because you're too smart to rent") was derided for "ooz(ing) self-congratulatory privilege." [SF Weekly, 4-19-2016] [BBC News, 4-3-2016] [SFGate.com, 5-24-2016]

Gainesville, Florida, performance artist Tom Miller planned a public piece in a downtown plaza during May and June as homage to the music composer John Cage's celebrated "4'33" (which is four minutes and 33 seconds of purposeful silence by all musicians who "play" on the piece). Miller said his project would consist of local artists "installing" sculpture at 15-minute intervals for five days  except that the "sculpture" would have to be imagined by observers, as (in the tradition of Cage) nothing otherwise perceptible would be there. [Gainesville Sun, 5-31-2016]

Tex-ass Justice! Convicted murderer Charles Flores was on Texas' death row for more than 16 years (until June 2 of this year) before the state's highest criminal appeals court finally ruled that the execution might not be justified if the most important evidence was provided by a witness whom the police had hypnotized. The trial judge, and the jury, had accepted that "hypnosis" could lead to "recovered" memory (a popular hypothesis in the 1980s and 1990s, but largely discredited today). There was no physical evidence against Flores, and the trial court was ordered to rethink the validity of hypnosis. [Fusion.net, 5-27-2016]

Government Crime Scenes: (1) The Massachusetts attorney general disclosed in May that state crime-lab chemist Sonja Farak (who was fired in 2013) worked "high" on drugs "every day" in the lab in Amherst, beginning around 2005. Among her preferred refreshments: meth, ketamine, ecstasy and LSD. (Farak worked at a different Massachusetts crime lab than Annie Dookhan, imprisoned in 2013 for improvising damaging lab results on at least 20,000 convicts.) (2) The U.S. Justice Department revealed in April that in the 20-year period ending about 2000, most FBI forensic unit examiners overstated hair sample "matches" in criminal trial testimony  helping prosecutors 95 percent of the time. [Boston Globe, 5-3-2016] [Washington Post, 4-18-2016]

Robert Williams, 38, was arrested on June 1 in Calhan, Colorado, after challenging his daughter to a duel with handguns. Williams had pointed a gun at his daughter, then demanded that she grab one, too. The daughter's age was not reported, but police said she and Williams both got off shots (that missed). [KDVR-TV (Denver), 6-2-2016]

Erick "Pork Chop" Cox, 32, in an angry construction-site clash in DeBary, Florida, in June, used his front-end loader to dump two heaps of dirt onto his boss, Perry Byrd, 57, burying him up to his waist before co-workers intervened. Cox said Byrd had taken the first swing and that he had only accidentally engaged the loader when trying to turn it off, but Byrd claimed that Cox was laughing during the episode. Cox was arrested. [Orlando Sentinel, 6-2-2016]

Suspected drug possessor Darius Dabney finally confessed after a protracted confrontation with the judge in a Cincinnati courtroom in May a showdown initiated when the judge noticed an "overwhelming" smell of marijuana accompanying Dabney as he entered the room. Upon extensive questioning (according to a transcript provided by WXIX-TV), Dabney swore that he had no drugs  though the penalty for lying would be immediate jailing, but producing the drugs voluntarily would result only in their being confiscated, without charges. One more chance, the exhausted, super-patient judge implored, just to be sure. Dabney then sheepishly pulled out a bag of marijuana. "Finally, you come clean," said the judge. "Are you sure (now)?" Dabney then pulled out another bag. "Oh, my lord," said the judge, who still kept his word and only found Dabney in contempt for "coming to court high." [WXIX-TV (Cincinnati), 5-12-2016]

In the most recent instance of a landlord ordering a resident to make his home safe for burglars, Kevin Sheehan of Abingdon, England, was told by his housing association in May that he would be evicted unless he removed his above-ground backyard fish pond (and relocated the 80 koi carp and goldfish). The landlord was concerned that if a trespasser jumped the property wall, he could not anticipate that he would land in the pond and might hurt himself. [BBC News, 5-26-2016]

Chinese media reported that (in 2012), at the Xiaogan Middle School in Hubei province, high school students studying for the all-important national college entrance exam worked through the evening while hooked up to intravenous drips of amino acids to fight fatigue. A director of the school's Office of Academic Affairs reasoned that before the IVs were hung, weary students complained of losing too much time running back and forth to the school's infirmary for energy injections. After the media reports, the public backlash was less against China's placing so much importance on the exams and more complaining that the government was subsidizing the cost of those injections. [South China Morning Post (Hong Kong), 5-9-2012]

Sing Along to Handguns as They Drop by BT