Audit looming? No problem. Just use accounting 'adjustments,' like the Department of the Army. 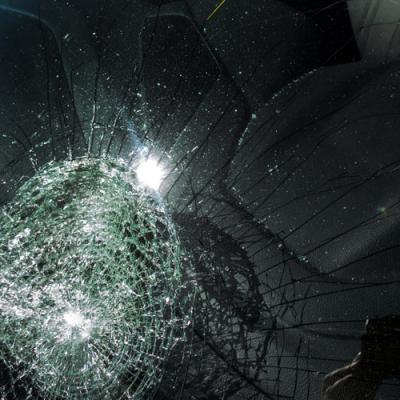 These Shoes Weren't Made for Walkin'

The upscale clothier Barneys New York recently introduced $585 "Distressed Superstar Sneakers" (from the high-end brand Golden Goose) that were purposely designed to look scuffed, well-worn and cobbled-together, as if they were shoes recovered from a Dumpster. The quintessential touch was the generous use of duct tape on the bottom trim. Critics were in abundance, accusing Barneys of mocking poverty. [USA Today, 8-30-2016] [Daily Mail (London), 8-29-2016]

The British food artists Bompas & Parr are staging (through Oct. 30) a tribute to the late writer Roald Dahl by brewing batches of beer using yeast swabbed and cultured from a chair Dahl used and which has been on display at the Roald Dahl Museum in Great Missenden, England. (2) A 16-year-old boy made headlines in August for being one of the rare survivors of an amoeba a brain-eating amoeba which he acquired diving into a pond on private property in Florida's Broward County. (By popular legend, Floridians are believed to lack sufficient brain matter to satisfy amoebas!) [The Independent (London), 8-17-2016] [NBC News, 8-24-2016]

The Drug Enforcement Administration has schemed for several years to pay airline and Amtrak employees for tips on passengers who might be traveling with large sums of cash, so that the DEA can interview them with an eye toward seizing the cash under federal law if they merely "suspect" that the money is involved in illegal activity. A USA Today investigation, reported in August, revealed that the agency had seized $209 million in a decade, from 5,200 travelers who, even if no criminal charge results, almost never get all their money back (and, of 87 recent cash seizures, only two actually resulted in charges). One Amtrak employee was secretly paid $854,460 over a decade for snitching passenger information to the DEA. [USA Today, 8-11-2016, 1-7-2016]

Update: In August, the Defense Department's inspector general affirmed once again (following on 2013 disclosures) that the agency has little knowledge of where its money goes this time admitting that the Department of the Army had made $6.5 trillion in accounting "adjustments" that appeared simply to be made up out of thin air, just to get the books balanced for 2015. (In part, the problem was laid to 16,000 financial data files that simply disappeared with no trace.) "As a result," reported Fortune magazine, "there has been no way to know how the Defense Department far and away the biggest chunk of Congress's annual budget spends the public's money." [Fortune, 8-19-2016]

In August, the banking giant Citigroup and the communications giant AT&T agreed to end their two-month-long legal hostilities over AT&T's right to have a customer service program titled "Thanks." Citigroup had pointed out that it holds trademarks for customer service titles "thankyou," "citi thankyou," "thankyou from citi" and "thankyou your way," and had tried to block the program name "AT&T Thanks." [NASDAQ.com, 8-25-2016]

In July in the African nation of Malawi (on the western border of Mozambique), Eric Aniva was finally arrested but not before he had been employed by village families more than 100 times to have ritual sex to "cleanse" recent widows and girls immediately after their first menstruation. Aniva is one of several such sex workers known as "hyenas" (because they operate stealthily, at night), but Malawi president Peter Mutharika took action after reading devastating dispatches (reporting hyenas' underage victims and Aniva's HIV-positive status) in The New York Times and London's The Guardian, among other news services. [Washington Post, 7-27-2016]

The July 2012 Aurora, Colorado, theater shooter, James Holmes, is hardly wealthy enough to be sued, so 41 massacre victims and families instead filed against Cinemark Theater for having an unsafe premises, and by August 2016 Cinemark had offered $150,000 as a total settlement. Thirty-seven of the 41 accepted, but four held out since the scaled payout offered only a maximum of $30,000 for the worst-off victims. Following the settlement, the judge, finding that Cinemark could not have anticipated Holmes's attack, ruled for the theater making the four holdouts liable under Colorado law for Cinemark's expenses defending against the lawsuit ($699,000). [Los Angeles Times, 8-30-2016]

Misunderstandings: (1) "Mr. L," 31, a Chinese tourist visiting Dulmen, Germany, in July, went to a police station to report his stolen wallet, but signed the wrong form and was logged in as requesting asylum, setting off a bureaucratic nightmare that left him confined for 12 days at a migrant hostel before the error was rectified. (2) In August at a hospital in Shenyang, China, "Wang," 29, awaiting his wife's childbirth, was reported (by People's Daily via Shanghaiist.com) to have allowed a nurse to wave him into a room for anesthesia and hemorrhoid surgery a procedure that took 40 minutes. (The hospital quickly offered to pay a settlement but insisted that, no matter his purpose at the hospital, he in fact had hemorrhoids, and they were removed.) [The Guardian (London), 8-8-2016] [Shanghaiist.com, 8-17-2016]

Evidently, many Chinese wives who suspect their husbands of affairs have difficulty in confronting them, for a profession has risen recently of "mistress dispellers" whose job instead is to contact the mistress and persuade her, sometimes through an elaborate ruse, to break off the relationship. For a fee (a New York Times dispatch said it could be "tens of thousands of dollars"), the dispeller will "subtly infiltrate the mistress's life" and ultimately convince her to move on. A leading dispeller agency in Shanghai, translated as the "Weiqing International Marriage Hospital Emotion Clinic Group," served one wife by persuading the mistress to take a higher-paying job in another city. [New York Times, 7-29-2016]

Flooding from rains in August tore down a basement wall of the Connellsville (Pennsylvania) Church of God, wrecking and muddying parts of the building and threatening the first-floor foundation, but under the policy written by the Church Mutual Insurance company, flooding damage is not covered, as rain is an "act of God." (Church Mutual apparently uses a standard insurance industry definition and thus recognizes, contrary to some religious beliefs, that not everything is caused by God.) [WTAE-TV (Pittsburgh), 8-31-2016]

In 2005, India enacted a landmark anti-poverty program, obligating th government to furnish 100 days' minimum-wage work to unskilled laborers (potentially, 70 percent of the country's 1.3 billion people). Programs often fail in India because of rampant corruption, but a recent study by a Cambridge University researcher concluded that the 2005 law is failing for the opposite reason --anti-corruption measures in the program. Its requirement of extreme transparency has created an exponential increase in paperwork (to minimize opportunities for corruption), severely delaying the availability of jobs. [Phys.Org News, 7-21-2016]

Vegetarian Deb Dusseau of Portland, Maine, celebrating her 10-year anniversary of "all vegetables, all the time," reported to a tattoo artist in August and now sports, on her right arm, wrist to shoulder, an eggplant, peppers, mushrooms, peas, greens, onions, a radish and multiple tomatoes drawn in an "old seed catalog" motif. (2) Pro baseball player Brandon Thomas (of the independent Frontier League's Gateway Grizzlies in St. Louis, Missouri) hit a bases-loaded home run on Aug. 21 over the fence, into the adjacent parking lot, where the ball smashed the windshield ... of his own car. [Bangor Daily News, 8-29-2016] [Sports Illustrated, 8-22-2016]

Horse showjumping is a long-time Olympics sport, but since 2002, equestrians have been performing in "horseless" showjumping, in which horse courses are run by "riders" on foot (who, by the way, do not straddle broomsticks!). According to an October (2012) Wall Street Journal report, an international association headed by retired pro equestrian Jessica Newman produces at least 15 shows a year, with from 40 to 130 competitors, galloping over jumps that vary from 2 to 4 feet high (5 feet in "Grand Prix" events), with the "riders" graded as if they were on horses (timed, with points off for contacting the rails). Explained Newman, about the shows' success, "It's just fun to be a horse." [Wall Street Journal, 10-8-2012]