Whether being used for greater good or evil (or annoyance), social media holds the potential to spread news faster than any other media channel. 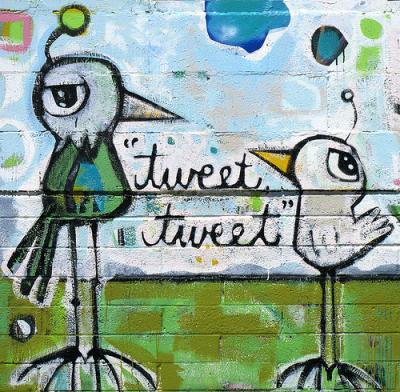 For those of you who think social media is just a bunch of noise – you're kind of right. Certainly there are many more people leveraging these networks for unnecessary personal attention and more photos of cats than any one person ever needs to see. But, you must respect that this noise has power, influence, and cannot be ignored.  Whether being used for greater good or evil (or annoyance), social media holds the potential to spread news faster than any other media channel.

Tuesday, April 23, 2013 was a prime example of this power.  The Twitter account of the Associated Press – one of the most credible and widely accessed new sources was compromised when hackers released a tweet at 1:07 p.m. that read:

"Breaking: Two Explosions in the White House and Barack Obama is injured."

Avid followers of the account were suspicious due to inconsistencies in the formatting of the rogue tweet – thanks, Stylebooks! –  as skeptical journalists and newshounds pointed out that the Associated Press style never refers to "Barack Obama," it is always "President Barack Obama." The service also normally capitalizes the entire word "BREAKING" when breaking news is announced.

Regardless though, this tweet was not taken lightly.  The AP account has over 1.9 million followers, and within seconds the message was retweeted over 3,000 times as the story went viral.

And the impact of this news is what is notable.  The Dow Jones industrial average dropped nearly 150 points in seconds after the report. Thankfully, it recovered just as quickly when the report was announced to be hoax.

AP went into recovery mode and immediately suspended its account once the compromise was recognized and also released messages to all followers via associated accounts (@APEntertainment, @APCorpComm, etc.) notifying followers that the tweet was bogus.

The mishap did not go unnoticed and provided an opportunity to tee up, with many comics and users having a go at the unfortunate event, tweeting out things such as "Did you hack AP? AP would like to talk to you for a story."

So how did this happen?

It is likely the login information was recently acquired through a phishing scheme. The web recently experienced a surge of stolen data through phishing attacks in connection to videos of the attack in Boston and the Texas fertilizer plant explosion. Phishers sent out links to actual disaster videos in millions of email messages. Clicking on one of these links displayed the video to the recipient, but also infected the computing device.

It is unclear as to the motive behind the tweet – whether to get a laugh, embarrass the AP, or game the stock market.  But credit is being taken by a group of Syrian hackers who tweeted:

While I would first and foremost like to give thanks that no one was harmed and that the Dow market recovered upon the correction, I want to reiterate the power of social media.  Consider for a second that one tweet – just one message comprised of 140 characters or less – sent out by one account made a 100-plus point impact on the Dow Jones index. Remember, while you may consider social media just noise, you may want to pay more respect to just how powerful that noise can be because of just how many people are listening.