When it comes to the next generation, if a business isn?t online, it doesn?t exist. The same goes for government sites, and some local governments are working to ensure they have a good web presence. 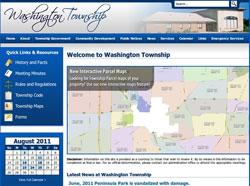 On the web, not all local governments are created equal.

It is apparent, by looking at the Millcreek Township website (millcreektownship.com), that the Erie area government is still not where it needs to be when it comes to a web presence.  While finding information on a website should be easy, one can gets the feeling of being thrown into a labyrinth when navigating the Millcreek Township website. Erie  can certainly achieve more on the web for its civic institutions and businesses.

Another concern though is that there are still a hefty amount of local businesses that either have ?90s style flashing banners and ?Adobe Flash? landing pages, or worse?no web presence at all. According to the International Telecommunication Union, Internet usage in America almost doubled from 2000 to 2010 increasing from 44.1 percent of the population to 77.3 percent. For most people under the age of 30, if a business doesn?t exist online it doesn?t exist at all. The collective decision to ignore the necessity of the Internet risks leaving Erie behind the curve and potentially obsolete.

Yet the overarching trend in the Erie area is one of a dynamic and positive web atmosphere. More and more established institutions in the area are recognizing the non-negotiable necessity of a web presence. A prime example of this is Washington Township (www.washtwp.com), which surrounds Edinboro. Washington Township officials realized that to remain competitive in today?s society, an effective web presence was not optional. Interactive maps, electronically-archived Township Council meeting minutes, and a fully-integrated calendar are only a few of the features that make this website spectacular and technologically relevant. The site is even mobile-friendly, making it increasingly more appealing for the increasing majority of people who use smartphones on a daily basis. ?We are planning for tomorrow,? said David Anthony, Washington Township manager. ?Even if our citizens do not use the website heavily today, they will in the future. We will be ready for them.?

Another prime example of how Erie is moving forward is the use of QR (quick response) codes. Chances are, you?ve seen these funny looking square boxes that look like a 1-inch crossword puzzle before and didn?t give it more than a few seconds of thought. These little square images, which are 2-D barcodes developed by Nokia in the late ?90s, act as a bridge between the online and offline world. Users simply scan the code with an app  such as ?Barcode Reader? or ?Google goggle? on their smartphone, and the QR code can bring them to anything online. Websites, landing pages, coupons, phone numbers or just a basic text message can all be delivered to someone via the QR Code.

Erie has been, and always will be, a city caught in limbo between its history and the future. The importance of moving into the era of the Internet not only reflects on the state of our businesses, but also on the city as a whole.  With sites like Washington Township becoming more and more common in our area, community and business leaders will no doubt recognize the necessity of updated and effective web presence.