Social Media is changing the way the world works—and elections are no exception, as Michael Haas points out. 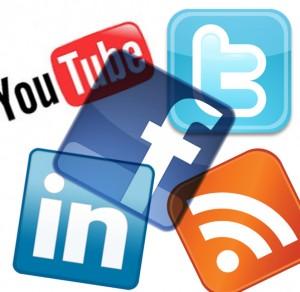 Like Cory, I adore Election Day. I followed along with the live-blog and waited in anticipation for the results…but I never heard much from the candidates themselves —which is everything in local politics. The campaigns lacked the one thing that makes democracy great: conversation.

Enter Facebook. I can "like" comments, share information with my "friends," and establish relationships with individuals I've never actually met in real life. Seems like the political system has found its perfect mate, right? Well….not quite. With a few exceptions, very few politicians actually are using social media effectively for their campaign.

And while Anthony Weiner may have scared some politicians away from using social media, the fact remains that politicians need to embrace these new platforms or suffer the consequences….and they need to do it rather quickly. With local municipal elections in less than a week, the Iowa Caucus in a few months, and the 2012 election in about a year, things move at breakneck speeds in politics.

In a May 2010 article in the Guardian, the author argued that statistics from the 2008 Presidential election set the stage for the social media revolution: "The statistics are telling. Obama had more than 2 million American supporters on Facebook; McCain, just over 600,000. On … Twitter, Obama could count on more than 112,000 supporters 'tweeting' to get him elected. McCain, for his part, had only 4,600 followers on Twitter."

Since 2008, Obama now has 23,872,690 fans on Facebook and 10,894,262 followers on Twitter….with over an 1100 percent increase in Facebook Fans and about a 10-times increase in followers on Twitter, it's clear that social media has really taken off in the three years since the election. While, at the time, the demographics of people on Facebook/Twitter were much more lopsided—more 18-24 year olds, less 40+—the demographics are shifting rapidly, and females 30-55 are now the fastest growing group on Facebook. This just happens to be one of the groups most likely to be independent voters—something crucial for the 2012 election.

A recent study done by Ad Age brought some stunning results that prove that anyone running for office in the coming years cannot ignore the future of social media. "Our recent SocialVibe study found that 94 percent of social-media users of voting age engaged by a political message watched the entire message, and 39 percent of these people went on to share it with an average of 130 friends online -- a rate of sharing that's about double what we typically see for non-political campaigns. This shows you how "share-ripple" goes far beyond the initial audience targeted by the campaign. And 1/3 of friends opened the message -- creating millions in free earned media for the candidate or cause."

By all estimates, it seems like 2012 is going to be the year of social media for elections. And yet this is only the beginning. Politicians from the President all the way down to local City Council are going to have to cope with the reality of social media one way or another. People may not see the TV ad they placed on Election Day, but they're certainly going to check Facebook before heading to the polls.