Social media has made some major advances within the past few years. With the recent public launch of Facebook?s Timeline, we can only wonder what else is in store for Social Media? Epic WebStudio?s team gave some great insight for Social Media predictions in 2012. 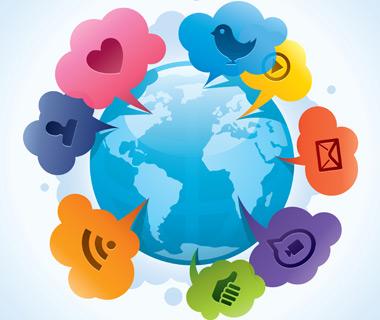 Social media has made some major advances within the past few years. With the recent public launch of Facebook's Timeline, we can only wonder what else is in store for Social Media? Epic WebStudio's team gave some great insight for Social Media predictions in 2012.

Facebook is the next Facebook. No site is going to come out and top Facebook in 2012. Instead, look for services to use Facebook's infrastructure and build upon it using open graph apps. Open Graph and "Frictionless Sharing" are part of the new version of Facebook that's slowly being released to the public over the next few weeks.  These "apps" are services built upon the foundation of Facebook by third parties and often provide users with services that are much more specific than what Facebook normally provides. Some great examples of open graph apps are Spotify, Washington Post Social Reader and Hulu/Netflix (coming soon)!

Will Google+ do anything?

Yes and no. While Google+ will be an important aspect to Google's strategy in 2012, it will NOT be a Facebook competitor. Look for Google+ to become an aggregation of all of Google's products and services. Also look for Google+ business pages to become increasingly important and integrated into search results. BONUS TIP: Make sure to check out Google Music (especially Android users).

What will be the next "big" thing in social media?

Location, location, location. While services such as Foursquare currently let you "check in" to places, social media will expand MASSIVELY into location-based services. Be on the lookout for more location-based ads, offers, and "automatic" check ins. Niche social networks such as Path already offer this, and it's only a matter of time before Facebook makes their location services much more intuitive.

How will businesses react to the changes in social media?

I'm predicting that many more small businesses will realize the necessity of social media. With Facebook being the most visited site in 2011 (and the average person spending 7 hours on there per DAY!), businesses avoid social media marketing at their own risk.

In 2012 Twitter will establish itself as distinctly different than Facebook. By breaking news, sharing links, and becoming an "information network," Twitter will increase revenue and become a powerful voice not only in terms of social media, but also politics, journalism and popular culture.

Klout and Pinterest. While Klout just came off of a $30 million round of Venture Capitalism funding and talks of developing a mobile app, Pinterest shocked everyone by being one of the most popular social media sites (beating out Google+ AND Tumblr). Klout will continue to establish itself as the standard of influence on the web, while Pinterest grows in the number of users and expands as businesses start to use it.

Changes in Social Media occurred at the end of the year and many people will begin to embrace them, or at least tolerate them, over the next few months. Keep reading Tech Watch articles to see if Epic's predictions show true for 2012 and also be in the know of up and coming trends in social media and tech. Maybe your vast knowledge of all things tech will impress your friends, or at least help you navigate through the ever changing world of tech.