Twitter's been hacked! Was it the Chinese? Uncle Sam? Aliens? Who cares! You need to protect yourself regardless, and this installment of Tech Watch will tell you how. 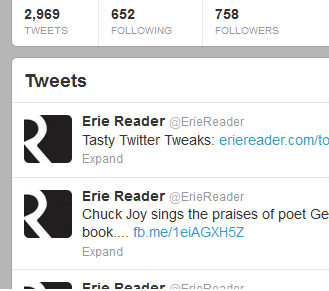 The Twitter-sphere is abuzz with talk of the latest hacking scandal to affect U.S. companies. Last week, Twitter reportedly shut down a live attack – but not before the hackers were able to access the personal information of up to 250,000 users – attaining such information as usernames, email addresses, session tokens, and even passwords.

Prior to the cyberattack on this social media site, both The New York Times and The Wall Street Journal reported a breach in their systems. On this occasion, the hackers escaped with employee passwords and managed to install malware into the systems. The fact that all three attacks happened within the same week left people wondering whether there was a connection, or if this was merely a coincidence.

So could there be a political drive behind the attacks? And are these attacks contributing to a larger scam that is underway?

While the answers to these questions are still unknown, one thing is for sure—precautions need to be taken to secure your personal information. After shutting down this recent attack, Twitter is said to have reset passwords, revoked session tokens, and notified its effective users via email, instructing them to create new passwords.

Even though this incident affected only a small percentage of Twitter users, there's no telling what could happen in the future. So, for your own piece of mind, here are some security measures you can practice on your own:

In the meantime, Twitter, along with other social media sites, will be looking to increase security on their end of things as well. A current Twitter job posting is seeking engineers for their Production Security Team, with opportunities such as designing and developing user-friendly security features, and creating custom security tools. Hopefully, these efforts, together with your own security precautions, will keep user information safe from future cyberattacks.