Tech Watch: What to do With Your Old Phone

Options for responsibly ridding oneself of that old cellphone.

by Epic Web Studios
View ProfileFacebookTwitterInstagramYouTubeGoogle+LinkedInRSS Feed
April 3, 2013 at 7:00 AM 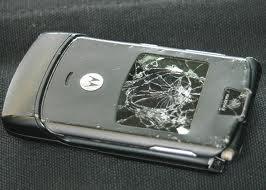 In with the new, letting go of the old?

For most every American who has a mobile phone, the opportunity to upgrade their device rolls around every other year. Some look forward to the occasion more than others depending on how much they use and/or abuse their device.

For users who may have dropped the device in the toilet and are now left with a finicky old thing that doesn't vibrate or only works when you hold it a certain way, this day cannot come soon enough. For some users, like myself, who are forced to "live" on their phones and can virtually complete every function of their job from the mobile device, we eagerly count down to the day of renewal. To the resistant flip phone owner who claims they hate technology but feel that they are required to own it, their renewal may pass without them even realizing, until their current device bites the dust.

Whichever category you may fall into above, the question is: what does the average consumer do with their old device once they receive their new tech upgrade?

Funding Factory, which is located on the Bayfront Parkway right here in Erie, inspects roughly 20,000 handsets a month and would be happy to take yours, and if it still holds some value, they will even shell out some cash to you.

Well, as it turns out, most Americans take it home and drop it in a drawer – myself included. A user's reasons behind doing so differ for a variety of reasons, ranging from privacy concerns regarding information that may be stored on the phone to not actually knowing what to do with an old device – or my personal reason of wanting to save it as a backup, so when the day comes that I accidentally drop my phone out of a moving vehicle, I will have something I can activate the same day to keep me connected.

Realistically, I have only ever needed a backup once. And admittedly, it may be a bit overboard that I now own a backup for my backup's backup. But once I feel that it is time to retire a backup (due to getting a new one) what am I to do with a 4, 6 or 8-year-old phone? It becomes hard to believe that this technology would be desired by anyone.

Remember these important things before you pitch that old device, or allow it to hibernate in a drawer any longer. At the time of upgrade, users get a deep discount off retail prices. This means someone may be able to sell an old phone for more than expected. For example, the original iPhone, which is now 6-years old, can easily pull in $50 on eBay.

A users' other options include recycling or donating the device. By recycling your phone rather than putting in a landfill, you will be saving the planet from the decomposing of batteries, chips, and processors, which are potentially hazardous – and hey, it's pretty cool to do your part as Captain Planet. Funding Factory, which is located on the Bayfront Parkway right here in Erie, inspects roughly 20,000 handsets a month and would be happy to take yours, and if it still holds some value, they will even shell out some cash to you.

If you decide that donation sounds like a better route, feel good about it, as you may be hooking someone up who otherwise may not have been able to join the cellular conversation with a device they will brag about to their friends (much like you did when you first got it). Other donation programs are available online and include support to soldiers, elderly, and domestic abuse victims. The process is simple: print out a shipping label provided by and paid for by the accepting donate cause, and mail it away.

Numbers differ depending on the polls/studies that are conducted, but many people admit to having three or more old phones stashed away. Granted, we at Epic work in a tech company, but more than half of our staff falls into this category. We are all taking a pledge to do our part to donate, recycle, or make a buck where we are able and I encourage you to do the same.