In part one of a two-part feature, Alex Sibley talks about the unforgettable year that was in Erie sports and highlights five area athletes to watch in 2011. 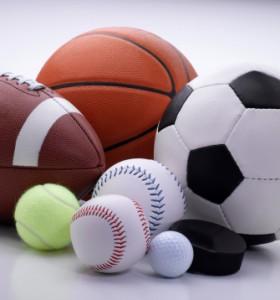 From the incredible ride the Gannon University women's basketball team took the city on with its 37-1 record, with its only loss coming in the Final Four against the eventual NCAA Division-II champion Emporia State. The Knights packed the Hammermill Center during the PSAC Tournament and the Atlantic Regional that saw the squad put its mark in one of the most amazing runs Erie has ever seen.

Then you have the trio of teams that won gold, were a state runner-up and won a PSAC football title and advanced to the second round of the NCAA Tournament. Those three teams are separated by one hill – Mercyhurst Prep and Mercyhurst College.

It started when both the women's and men's soccer teams qualified for a chance to play in the PIAA State Championship – the women won gold, while the men's team lost in a valiant effort to bring the silver medal to Erie.

But the biggest surprise in local college sports was the Mercyhurst College football team. After starting 3-2, which included a loss to rival Gannon, the Lakers reeled off six consecutive victories to win the PSAC West and made it all the way to the NCAA Quarterfinals.

With the New Year just a couple days old, it's time to look ahead and see the athletes and teams that could make a big impact in 2011.

Steven Spearman – McDowell Wrestling
Going in to his junior season, after a 42-0 sophomore campaign, Spearman looks to win his third consecutive PIAA Class AAA title. Despite already losing three matches this season, the 135-pounder leads the Trojans in victories and, barring an injury, should find his way to the mat in for the state tournament in Hersey come March.

Greg McKegg – Erie Otters
McKegg was drafted by the Otters with their first pick in the 2008 OHL Priority Selection, and after a disappointing rookie season, McKegg has become one of the most electrifying player to ever compete at the Tullio Arena. After registering 37 goals and 85 points last season, McKegg is currently in the top-10 in OHL scoring and leads the Otters with 54 points in just 38 games. His hard work on the ice led him to achieve his dream in June – being drafted in the second round of the NHL Draft by the Toronto Maple Leafs. With his skills and maturity growing every day, don't be surprised if McKegg earns a spot on the Maple Leafs in the next couple of years.

Eric Hess – Cathedral Prep Baseball
There has been great baseball talent that has graced the Erie area in the past decade. But it's hard to compete with the tremendous season that Hess had in 2010. The left-handed first basemen hit .440 with four home runs and 32 RBIs. Not to mention he went nine consecutive at-bats with a hit. As a junior, he committed to play at the next level at Pitt under former Mercyhurst College coach Joe Jordano. With another year left to play, Hess looks to lead the Ramblers to a D-10 Title and a deep run into the PIAA playoffs.

Kayla McBride – Notre Dame University
After leading the Villa Maria Victor's to four District 10 titles and back-to-back state championship's, McBride, arguably the best women's basketball player in Erie history, took her talents to South Bend and the Notre Dame Fighting Irish. The former Pennsylvania Player of the Year has adjusted well to the big stage in Notre Dame, where she has seen action in all 14 games this season, while averaging about 18 minutes per game. After seeing her transform to a freshman with talent at Villa to a senior with two rings and infant ability, don't be surprised to see McBride's playing time and scoring increase before her time with the Fighting Irish is over.

Damion Terry –Cathedral Prep football
With the injuries mounting and the competition getting more fierce every week, the Cathedral Prep football team and coach Mike Mischler put their fate in the hands of a sophomore to lead the team.
Terry, starting his first season behind center, didn't disappoint. The former Blessed Sacrament Bulldog threw for 1,470 yards and 15 touchdown passes to spearhead an offensive attack that propelled the Ramblers to the PIAA D-10 Western Finals. With two more seasons to grow, and a healthy and deep Ramblers team ready to compete for the title in 2011, Terry has the chance to lead the Ramblers for a chance at their second state title.