Upfront takes a look at Tom Ridge's latest foray into the world of fracking.

by Cory Vaillancourt
View ProfileFacebookTwitterGoogle+RSS Feed
March 7, 2012 at 6:00 AM 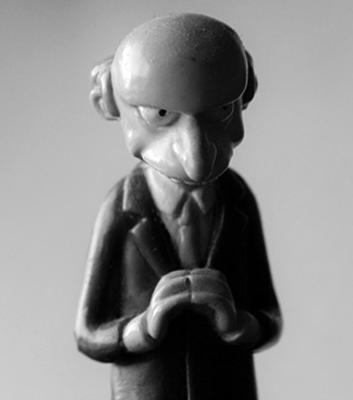 Tom Ridge is an eternal Erie institution, just like Presque Isle, Waldameer, and those crazy people who catch and eat pigeons. Ridge is truly an American success story; he grew up in public housing here in Erie, graduated from the St. Andrew School and then from Cathedral Preparatory  School. He worked his way through Harvard University, earned a Bronze Star as an infantryman in the Vietnam War, and graduated from Penn State University's Dickinson School of Law. Those travails prepared him for a life dedicated to public service, a life spent personifying the hard working, humble image of fair Erie.

The timeline of Ridge's distinguished public service career began when he became Assistant District Attorney for Erie in 1980. He went on to win a congressional seat in 1982, using that as a catapult to the Pennsylvania Governor's mansion in 1994. He was re-elected Governor in 1998; unconfirmed rumors had Ridge joining George W. Bush on the 2000 Republican presidential ballot. Just after 9-11, Ridge resigned his governorship to become President Bush's first secretary of the Department of Homeland Security. In early 2005, Ridge left the Department of Homeland Security, and his 25-year career in public service quietly ended.

Not long after, Ridge founded Ridge Global and Ridge Policy Group; presently, he spends his D.C. days on K Street, consulting and lobbying. Things seem to be going well for him; one of his clients – the Marcellus Shale Coalition – paid his lobbying firms $900,000 a year to advance their fracking agenda, and in the process turned Tom Ridge into the trusted public face of fracking.

Now, we've talked about fracking many times already within these pages, so I'll let you leaf through your collection of Erie Reader back issues and read all about it. Go ahead; I'll wait.

Welcome back. As you just learned, many of us here at the Erie Reader consider fracking a major threat to our environment, although I do enjoy partaking in a little amateur recreational fracking from time to time. The fract of the matter is that the risks of fracking are far greater than the benefits, what with the pollution and all.

Of course, the energy lobby has gone out of their way to try to convince us that Ma Kettle's secret down-home fracking solution recipe is completely safe, even producing scientific "data" on the subject; however, no "science" they ever produce will make me believe them. What will make me believe them is when one of them drinks a pint of the stuff and lives to frack another day. If they can't drink it without dying, they shouldn't be injecting it deep into the ground at high pressures.

On second thought, we probably shouldn't be injecting anything, even water, deep into the ground at high pressures, because if there's one thing we know about liquids, it's that they like to persistently change their volumes to fill the shapes of their containers during their infinite loop through the water cycle. In fact, new evidence suggests that in addition to causing water pollution, fracking can actually cause earthquakes. That's right, honest-to-goodness man-made earthquakes. According to Scientific American, amongst other sources, the recent string of small earthquakes near Youngstown was "likely caused by fracking wastewater." While good old man-made water pollution may be some pretty evil Montgomery Burns-type stuff, man-made earthquakes ascend to a level of sheer supervilliany that Burns can only aspire to one day reach.

Meanwhile, back in Erie, right about when Ridge started lobbying for the fracking frackers, an environmental center opened its doors on the grounds of Presque Isle State Park. I've been to this environmental center many times; it's got an airy, uplifting feeling about it – clean and calm and fresh and new. It's a green building; it's energy-efficient, built with recycled materials, natural lighting, wind turbine—you know, the whole 9 yards. There's even a 75-foot tall glass tower, evocative of a lighthouse, that proudly juts into the crisp lake air, offering breathtaking views of those seemingly eternal Erie institutions, Presque Isle, and Waldameer. You could probably see some of those crazy people who catch and eat pigeons, too.

The website of this environmental center proclaims them an "educational center at heart, dedicated to teaching visitors about the unique 3,200 acres of Presque Isle and the many different forms of life that inhabit the peninsula." In addition to their educational programs, they also conduct research, "contributing to conservation efforts and promoting environmental awareness, [while] helping to preserve the unparalleled beauty of Presque Isle, the site of Pennsylvania's only seashore."

This environmental center takes an active role in the advocacy for a greener Erie and a greener planet. They offer educational programs for children aged 1 to 18 starting at an affordable $2 per student. They show movies. They sell books. They host weekly walks.