Watch Alt-J perform "Every Other Freckle" on Conan

Alt-J performs their wonderfully-weird "Every Other Freckle" on Conan in a creepy-yet-cool performance. 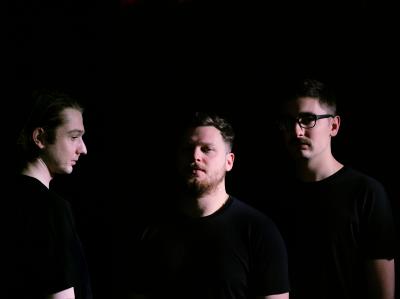 As you might have heard by now, Alt-J has a new album coming out later this month. That means that the English indie darlings have been been hitting the talk show circuit to help promote the upcoming This is All Yours, which can be all yours Tuesday, Sept. 22.

The first live TV taste we got was when Alt-J put up a pretty sleepy performance of their '70s-style rocker "Left Hand Free" on the Late Show with David Letterman, in which the band seemed to be pretty bored with the whole thing, which is appropriate since Letterman himself has seemed pretty disinterested with his own show the past few years.

However, Joe Newman and his bandmates redeemed themselves on Conan yesterday, where they showed off their wonderfully-weird track "Every Other Freckle" while maintaining that sort of shifty, creepy-yet-cool vibe that pervaded their first album An Awesome Wave, and Newman even looked like a frontman that wanted to be on stage. Hell, the man even winked after singing "turn you inside out and lick you like a crisp packet" early on in the song, which was something I wasn't really expecting following the "Left Hand Free" Letterman showing, but you never know what to expect from Alt-J.

In addition to the the great Newman Winking Incident of 2014, there's plenty of things to like, whether it be the matching all-black outfits, the simple but effective stage set-up, Newman and Gus Unger-Hamilton's mustcahes, or the actual song itself, with its shifty groove and renaissance fair-style breakdown.

The band does have a tour planned out in support of This is All Yours, but the closest stop to Erie is unfortunately in Toronto, so get your passport ready for that November show. As for now, check out the performance for yourself at Team Coco or on the conveniently embedded video below. Enjoy!