by Alex Bieler
View ProfileFacebookTwitterInstagramGoogle+RSS Feed
May 30, 2015 at 11:20 AM 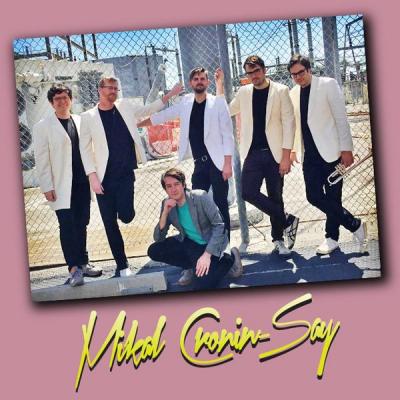 We can't all be Chevy Chase circa 1986. In fact none of us can, given that that was 29 years ago and, well, we're not Chevy Chase, but that won't stop comedian Jonah Ray. Fortunately, musician Mikal Cronin gave Ray that chance with the music video for "Say," one of the tracks off of Cronin's excellent latest album MCIII.

Ray serves as director for the "Say" music video, a glorious remake of Paul Simon's classic "You Can Call Me Al," which featured The Chevy which can be seen on Funny or Die. Given that Cronin's last music video was a goof, fun remake of Natalie Imbruglia's "Torn," this seems to be the next step in a trend that I very much hope continues.

While Ray starts off in his role as The Chevy, he's not alone, as comedians Kurt Braunohler, Nick Thune, Nelson Franklin, and Allan McLeod all show up in white suits and black shirts to try and take on the role of the old Saturday Night Live and Vacation legend. As expected, this does not go well, althought the ending is much bloodier than one would expect. Take this as a lesson that there can indeed be too much of The Chevy.

You can watch Cronin and five Chevys (Chevies? Chevrolets?) on Funny or Die or right below on that conveniently embedded video that I provided for you lovely Reader readers. As for future videos, I'm really hoping this remake-gone-wrong trend continues. Perhaps a horribly-bothced verison of an OK Go Rube Goldbergian music video for "Made My Mind Up?" One can only hope.