Watch Strand of Oaks Transform "Heat of the Moment"

The Philadelphia band put their own spin on the 1982 Asia hit on A.V. Undercover. 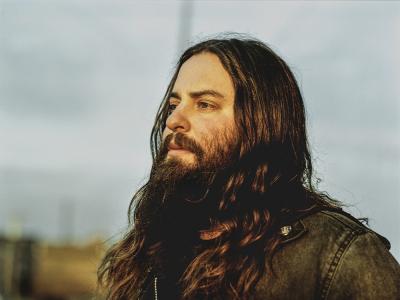 I love a good cover. There's a certain magic when an artist can take a familiar song a new experience out of it, recreating something known into something fresh. Of course, there are also some covers that, well, probably shouldn't exist, due to either ineptitude or a musician perhaps being a bit too ambitious. That's part of the fun with covers; you never quite know what you're going to get.

Fans of the entertainment site The A.V. Club might be aware of A.V. Undercover, home of some of the most intriguing covers out there. For those unfamiliar with the series, The A.V. Club creates a list of 25 beloved and/or infamous tunes and invites a slew of bands to come in and pick out a track to recreate in their studio. Now in it's fifth series, Undercover has offered up some surprisingly great, fairly solid, and pretty awful entries, as well as a pair of hilarious must-see videos of GWAR (RIP Dave Brockie) taking on Kansas and Billy Ocean.

The latest group to be highlighted on Undercover just so happens to be the Erie Reader-approved Strand of Oaks. Not ones to be averse to recreating another artist's work, Timothy Showalter and his bandmates took on Asia's 1982 hit song "Heat of the Moment" and turn it into a melancholy slow-burner, which is terrific. Even more, each member is completely invested in the performance, which takes it from another goofy cover of a '80s song to something awesome.

I'm not sure what part of the video I like most. I mean, we've got bassist Deven Craige rocking the all-America outfit, keyboardist Eliza Hardy Jones chomping down on popcorn the whole time, and Showalter wonderfully hamming it up for the camera, even taking off his sunglasses for the line "show me your eyes." They even took the time to dress up the set with flowers for added effect, which leads drummer Mike Sneeringer to use one of said flowers whilst drumming. Hell, even the adorable bromance that's going toward the end of the video between Showalter and Sneeringer is well worth the entry. I'm not all that surprised, given that Strand of Oaks is definitely a live act you should see. Check out Strand of Oaks' Undercover session below, or head on over to The A.V. Club and check out the rest of the series. Believe me, it's worth it.