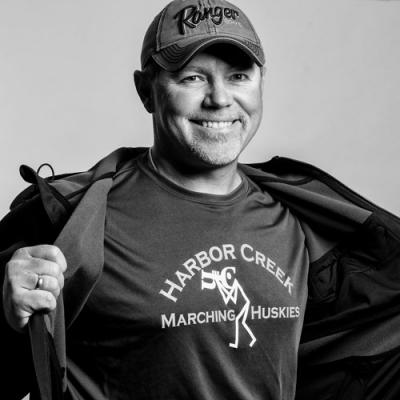 "We just happen to be in a spot – and I'm not making it up – that's as good as it gets for fishing."

Ed Bernik: What do you feel America's fascination with fishing is?

Dave Lefebre: I think it's just clean fun. I don't know the statistics, but it's probably the number one pastime. It blows everything else out of the water. Worldwide, it's extremely popular, not just in our country. The cool thing about this region is that we have a lot of different species that are top-of-the-line game fish. Many people come here just to target specific species, and four or five that we have here are world class.

EB: You have this new reality TV series beginning in January. How did that come about?

DL: Since I started doing the fishing thing – about 16 years now – I've been approached by different producers about doing a show. I've always thought it would be cool, but was focused on fishing professionally and trying to win money. I'm one of those scatterbrained squirrels who has to focus on one thing, 100 percent in one direction. That's the main reason I never followed up on it. After talking to a lot of friends in the industry who've had shows for 30-plus years, and some of the newer TV guys – all on national shows – I didn't want to do it that way. It required too much time, too much travel. You can't just fish in your backyard, so to speak; you have to go where the producers want you to go, and they're traveling all over the country to the best fisheries in the world.

But this past winter, my life was changing. I switched tours from the FLW Tour to the Bass Master tour. That's like switching from an AFC football team to a NFC team. Like a West Coast passing offense to a Pittsburgh running offense: It's night and day. Also, my kids are getting older – 10 and 14 now – and I want to be home more. My wife and kids traveled with me for 15 years. We had to take two vehicles, she'd homeschool, and that was our life. We were never home. Now that they're in school, we're going to be home a lot more.

So I called Lilly Broadcasting to investigate what things like airtime cost. I asked some of the old-timers who started their TV shows 30-plus years ago what they would do today. They all said, "Try to travel less, to do cable and local." That made me think, "Man, that could be a fit." I got offers from the Outdoor channel to have a national show tomorrow, but I want to first see how it works locally.

DL: We just happen to be in a spot – and I'm not making it up – that's as good as it gets for fishing. We're next to Canada on a Great Lake surrounded by other big cities. It seems like the perfect place to focus on the community and the things we have going on here.

EB: Historically, Pennsylvania is superior in the development of American fly-fishing techniques. So many books have been written by Pennsylvania anglers like Joe Humphries, George Harvey, Vince Marinaro, Art Flick, etc. Pennsylvania is very wealthy in outdoor experiences to tap into.

DL: I haven't tapped into that much of it, which is cool. We're going to do it live in realtime. I was so focused on being a bass pro since I was 12 years old, any free minute I had was training, focused on bass fishing. This year, I'm doing stuff while filming that I've never done. Like fly fishing: never held a fly rod, never fished for steelhead – and we did it.

EB: Will you be doing other things besides fishing?

DL: We're going to do everything! It's not a fishing show. It obviously has to center around it: That's what I'm known for. But there are already shows in the can where I never even caught a fish or made a cast. I'm a technical guy, but we're not looking to attract people who just fish, or who want to know exactly what lure I'm using, knot I'm tying, or where I'm fishing. We're catching some fish, but we're interested in people who want some fun and entertainment.

EB: In a previous life, you were actually a touring musician. What motivated you to stop touring?

DL: I've never tasted alcohol in my life. I'm not a drinker, not a partier, I just love music. I played in church with my family – everyone in my family is a musician. I started drumming at the 32nd and Liberty First Assembly of God when I was eight, taking the job over from a 35-year-old drummer, and have drummed ever since. I just loved it. That was my reason for wanting to tour and do that for a living.

It was always a tossup between music and fishing, but then I got a taste of the other parts of music, which I don't think you can avoid. When you're in a band, you get those outside influences – ones I'm not interested in. I wanted to play, get better, and be around better musicians. Being away from my wife, the temptations, and all the other crap that goes with it made me realize I couldn't focus on two different things. I was pushing my fishing career at the same time, trying to figure out which way to go. I had to experience the band thing, but it wasn't what I wanted to do, so I went 100 percent the other way.

EB: If you couldn't competitively fish anymore, what would you pursue as a vocation?

DL: Probably a TV show. It's what I'm thinking about for the future, once I can't do tournaments to my standards. When I feel like I'm slowing down and can't compete with the new young kids, this is one thing I want to do: to be home and enjoy my family.

EB: How would you advise someone who wanted to become a pro angler?

DL: It's no different than anything: practice, get better, dedicate yourself. And one of my big things is to surround yourself with positive people who believe in you. I've had some naysayers in my life who almost put a stop to what I was doing. People who drag you down need to go bye-bye.

EB: Most people who have a passion for anything come to realize that there are many facets to achieving your goal. You have to become good at what you do, and put yourself into a position to be businesslike about it.

DL: In our sport, it's a little different than, say, golf, where you can practice putting in your house. We have so many uncontrollable variables that don't exist in other sports. We can't see the fish. You could be casting better than anybody in the world, but if there's not a fish there, you're not going to catch him. There are so many aspects to training. You have to spend time on the water and learn behaviors (conditions, weather). It's pretty intricate. And at the same time, there's the luck element. Even when you hook one, it could get off. You didn't do anything wrong. It's the hardest thing in the world to prepare for. You need a backup plan and a break. I got one early on.