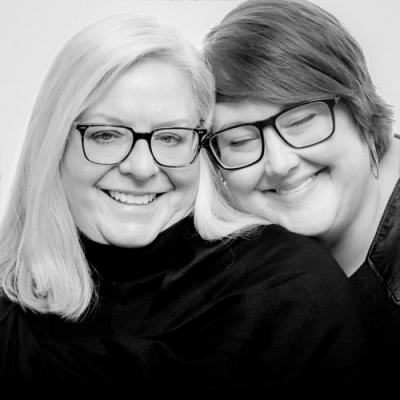 "People want to connect to a human being – to hear something that makes them feel something."

Ed Bernik: You're both speaker coaches for TEDx. How did your careers go down that path?

Tara Tallman Sollman: I was a graphic designer/photographer who was always drawn to storytelling. I was a also huge fan of TED videos, and became a junkie for watching those online. So when there was a local TEDx event being organized in State College, I found out who was curating the event, stalked them on Twitter, and sent them a tweet that said, "Can I please help you? Can I design the slides for your speaker?" That person responded "yes," and that was the beginning of what became a career coaching speakers for TEDx events.

Beverly K. Verbeke: It was pretty much a fluke that I got involved. Tara is married to my nephew and we're great friends, and I accompanied her to one of her events. It was totally spontaneous – and serendipitous. Once I got involved, I was completely enamored of the whole thing. Tara mentored me, and then I went out on my own earlier this year.

EB: How far is your reach to coach for these TEDx events? Is it mostly in the U.S.?

BKV: As far as travel, about six to seven hours drive time. We also do international events in Spain, the Netherlands, and France.

TTS: We've coached all over the world, but I have two young children, ages four and two, and it takes a lot for me to want to leave the house for a number of days. The cool thing is that what we do can be done remotely.

Many clients I work with are located in the U.S. but based in London or Canada. People no longer have just one location, especially when working with global companies.

EB: As graphic designers, how did you make the transition from working visually to helping people with the spoken word?

TTS: Even as a young designer, I would always read the copy before I'd start designing. If it didn't make sense to me, I'd ask the client, "Do I have some free will here? Can I change some things?" If the content didn't work, I couldn't do my job. It's more than just pixels, it's about what the message is and what relates to an audience. It's not about artifice or making something look pretty or superficially glossing over it, it's about figuring out the best way to present the message to the person on the other end.

EB: How has TED change your lives?

TTS: TED espoused values that I hold dear: stories, openness, design. TED does work that I believe in and I want to be a part of that. These days, we can do anything with our time on the internet: look at cat videos, read listicles on BuzzFeed. Or, spend 18 minutes learning about something that changes the way we think – that makes us conversant with a topic so we can talk to other people about it. That touches me deeply. Those same elements can be used in corporate or business culture. Anytime someone has a high-stakes, hard-to-tell story or presentation, you can use elements from TED to make your ideas more resonant, memorable, and easily understood.

BKV: In all the ways Tara has described it, TED has changed my life, as well. I've become an avid podcast listener when I have spare time or I'm cleaning the house. Stories, history – there's so much, and I've become obsessed with learning. It has changed my relationship with my family, my nephew, Tara, and her kids. We're so much closer and I love it.

EB: How do you work with highly intelligent people, some with big egos? How do you tell them their message may be incoherent or won't resonate with an audience?

TTS: I've never been intimidated by rank. In every job I've had, I've been the person who's never afraid to speak up – especially if someone really important is at the meeting. You can't think that you're less-than because maybe you're not as intelligent as or successful. I'm not being paid to beat around the bush. I'm there to help them look good, and have to keep that in mind when I must say something pivotal to someone. Like, "Your message is crap and you need help," or "I don't understand what you're saying." I keep in the back of my mind that ultimately, they want their idea to be heard by a lot of people – to take shape in the world and do something. Speaking the truth is part of what I consider a deliverable in addition to the design element; that's what I hold in my head on every single call. Listen deeply, then reflect truth back to that person about what I heard and what was communicated to me.

BKV: And say it with love.

EB: What is the biggest flaw in most presentations?

BKV: Probably a presentation that's not augmented by clean, understandable visuals; a PowerPoint presentation with so many words and thoughts per slide, using all the bells and whistles, that it becomes muddied for the person watching. You can't read it, you can't conceive it, you can't simply understand it.

TTS: PowerPoint changed communication to more visuals, putting less importance on the spoken word. But people want to connect to a human being – to hear something that makes them feel something. The most important thing is to have a balance of emotional content, like personal stories or metaphors that support a piece of data, wrapping that emotional content around information so people remember the experience. Storytelling goes back as far as humans do, but we've sort of forgotten how to do it.

EB: How do you coach someone whose expertise is in a field you know nothing about, or who is so esoteric that the audience is lost from the get-go?

BKV: From the very beginning, we express to the speakers that it has to be knowledge that anybody can understand. I use myself as a barometer: If I don't understand it, chances are no one else will, either.

TTS: When speaking with someone who is very intelligent or specialized in a single knowledge area, you have to remind yourself you're the best person to coach them because you represent the general audience. Today, when everyone is looking for things to go viral and have millions of views, appealing to the masses is a commodity and they need people like us, who are not their peers.

EB: Any quick pointers for someone about to do their first speaking engagement?

TTS: People tend to start with what. There's a great TED talk by Simon Sinek called "How great leaders inspire action." He repeatedly says, "People don't buy what you do, they buy why you do it." Once they care about that, they'll keep listening.

BKV: It's hard for people to realize how interesting their stories really are. We often hear, "Oh, no one cares about that," when really it's the most compelling thing to us.

Now I have a question for you, Ed. Would you ever consider doing a TED talk? 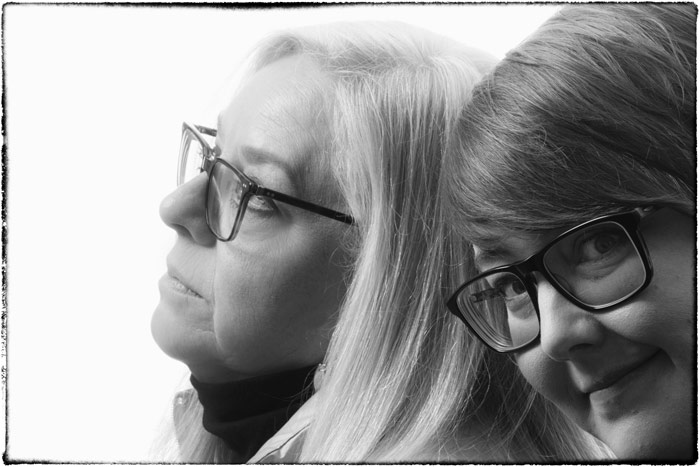