There were sorcerers, umbrellas, the threat of hell breaking loose, and questions over Version?s Gs. Luckily Cornell Green covering the City Council beat to keep us on the up and up. 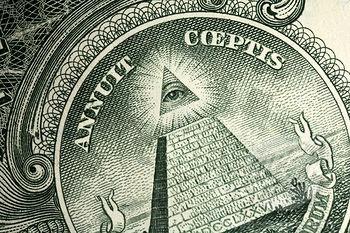 The September 21 Erie City Council meeting opened to a performance by the Young Peoples? Chorus of Erie, a local youth choir run by Penn State Erie, The Behrend College. I fear the choir director may have been some kind of sorcerer. He?d somehow taught the children to send their voices flying around the room, after which they bounced off walls and made people?s eyes wet. Their meetings don?t usually open this way, but there were, you know? sorcerers involved, and we all know how that goes.

So after the sorcerer and singing, the meeting then moved on to hearing input from the community. City council received complaints from a number of individuals expressing dissatisfaction with recent motions that blocked a community event called the Street Dance from organizing. Tensions ran high, as citizens approached the podium one after another. Many were angry about the interruption of what they felt was the only consistent annual event in the city organized by African Americans. Some felt recent motions were racially motivated. There was yelling. At one point, a man forcefully snatched an umbrella from atop a podium. Another man rolled up his sweatshirt at one point during his speech to show he was wearing a T-shirt he got from a Street Dance that happened decades ago. Still another declared that if current levels of unfairness were allowed to continue, the very bowels of hell could ?bust wide open.?

Then council chewed on a few resolutions. The first regarded Verizon?s national labor negotiations. Council voiced plans to urge the gargantuan megacorp to reconsider their bargaining position, particularly,  its affects on Erie locals who work for them and subsequent economic repercussions that could result. There was no word on whether Verizon?s fabled network would regress from a 4G to a 3.24G or 2.95G network if their workforce decreased.

Motions that gained final passage included around $3-and-a-quarter mil, in funds for the construction phase of redevelopment at Union Square in downtown Erie and other improvement projects in the immediate vicinity; 2,500 hundred bucks for a police drug and vice program; 10 Gs for a PLCB grant toward a high-risk underage drinking program for police; and a whole crapload for the sale of the city?s general obligation bonds.

In other news, Mercyhurst College donated 100 Gs to the city. The money will go toward the city?s fire and police departments.

In summary, if you go to city hall, cover your eyes and watch out for sorcerers and quick-held umbrellas. If bootys don?t pop, heads could roll. And hell could bust wide open. Still no word on whether Verizon will lose any of its Gs. Hopemongers rock. But if you?re on the police force, don?t go looking around aimlessly because there?s a ton of money laying around down there, and if you open the wrong door and don?t know how to swim, you could drown in coins, like a tragic Uncah Scrooge.