Cornell's watching them. Are you?] 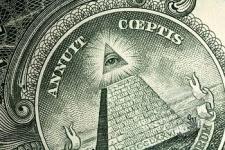 The November 16 Erie City Council meeting was less a political slugfest than it was a re-evaluation. The Gem-City's warring political crews gulped recuperative sighs and circled the ring so to speak, as they sized up the changing situation and plotted their moves.

Awkward scads of tight-skeined events had collided, spinning Council's constituent base into a state of political limbo. The constituent base's past was colored with defeat, as Council, just last meeting, had steamrolled their long-held objections and pushed through a $30,000 raise for the mayor. Their future promised an opera of suspense, as Mayor Joe Sinnott's budget proposal, scheduled for the current meeting, was pushed to next week. And their present, perhaps the tensest tense of all, was marred with blood, as a crime wave continued to cast its bleak, ugly shadow over town.

The November 2 City Council meeting seemed a foreshadowing of what was to come, as a motion to set aside $50,000 for an Erie Sept. 11, 2001 memorial project turned into a discourse on values, priorities, and basic human worth.

A question was raised in response to the motion, as to whether money for the proposed memorial could be better spent within the community, feeding programs that could help curb local violence.

"Those kids are lost," Schwartz said. "They didn't have a good upbringing. They have no morals... They're bad people."

"Usually, I'm a pretty laid back kind of guy," Jones said. "But respectfully...you have to be more careful of the language that you use. You can't say things like: 'Those people are lost.'"

Jones spoke with a tone that belied a seething well of energy bubbling just beneath his surface.

Previous clashes like this one seemed to have set the tone for the meeting. An aura of suspense and repressed tension seemed to loom heavily throughout, as citizens sounded off about an array of recent issues, sometimes all at once.

The specifics  varied, but citizens' disgust rang as a single hoarse note.

"I wanna ask y'all a question," one gravel-voiced regular piped. "When have you ever known that (Erie has) had 12 shootings in a week?"

The man dredged on passionately, laying his case down against the crime wave he said City Council was warned about long ago but failed to act on.

Bonnie Kubia, Guardian of the Sixth Ward, spoke on an array of issues, pledging action on the mayor's raise in particular, which she had viciously opposed. Council passed it, but she wants it reversed.

"I think maybe what the citizens need to do, is... look into forcing the issue and do what Millcreek did and somehow get this issue on the ballot. And that's what I'm gonna look to," Kubia said, "So that citizens can vote."

Heather Garczynski seemed shocked that, in her view, so many public voices seemed to fall on deaf ears.

"You guys are not the majority," Garczynski said. "And that's who you're supposed to be representing. So I'm hoping that there's a sort of a huge campaign to get those that are not doing the best interests of the people out, so we can finally have our voices back and reclaim our American dream."

Another man suggested that ignoring the will of the people might have spiritual consequences.

"It don't make sense to me," the man growled, barking syllables slowly, ending each with a viper-like baritone hiss.

"God gonna get y'all," he said drawing from a well of frustration inspired by a gaggle of recent issues.  "You're following somebody around with a hook in your nose. You'll follow them to hell. And that's where you're going."

Toward the end of the meeting, Councilman Schwartz, who proposed the mayor's raise, said all the opposition on the measure was a bit "ridiculous." He said payroll extravagance in the federal government was much worse, positing then, that in comparison, the mayor's raise, wasn't as big an issue.

My heroes had the heart
To lose their lives out on a limb
And all I remember
Is thinking, I want to be like them