Eye on City Council: The Mayor?s Raise Still an Issue

The mayor's proposed raise was still an issue. The council listened, considered, and voted again. And Cornell Green has his eye on it all. 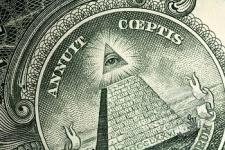 In the last episode, Gem City councilmembers Wicz Tracy (Councilman Mark Aleksandrowicz) and Pat Busta-Cappa-bianca, led a gutsy charge against the proposal of a $30,000 mayoral pay raise, shadiness, good ol' boy politics, and what some plainly said was flat-out corruption at various levels of city government.

Despite Wicz and Busta's well-oiled recourse, which was helped along by council Pres, Jessica Horan-Kunco, and a thorough, sharp-peppered assault by the T-3, (local businessman Randy Barnes), council pinched out a win, pushing the mayor's pay raise ahead in a 4-3 vote.

The contested decision brought much of the disgruntled constituent base back to city hall on October 19, expanded and reloaded—their ranks juiced and fattened by local flickers of a growing world and national protest. Members of the Occupy Erie movement, the area branch of a worldwide grassroots protest against government and corporate greed, corruption, and rampant economic inequality, had been camping just yards away from the entrance of the Bagnoni Council Chambers.

They trickled in to give council the business.

T-3 led the parade, followed by a man who commended the protesters over at Perry Square. He invited council to be either very afraid or proud of what protesters were doing. A mustached man wearing a dark jacket, said the mayor's raise proposal appalled him. A soft-voiced lady from the lower West Side approached the podium and said among other things that the raise is "not what the people want."  She said that if there wasn't enough money to take care of all the citizens, then nobody should be getting a raise. Bonnie Kubia was outraged. At the last city council meeting, she said she represented Erie's 6th Ward. She said she'd heard from over 700 people. The majority of them, she said, were against the pay raise. "What's wrong with you four?" she asked city council members at one point. A young black guy wearing a flat-brimmed baseball cap approached the podium and said that if they "keep screwin' the people," then things would "get ugly." "That's all I got to say," he said. Then he sat down.

Councilman Joseph Schember, T-3's main target this week and last, wasn't at the meeting. He cast all his votes via speakerphone. As council called for him periodically throughout, he crackled answers back through itchy broken static.

"What are we voting on?" Schember's faceless voice asked more than once, sounding like a sick android with wet circuits.

When it came time to vote on the mayor's raise again, Busta proposed that the amount of the raise be changed to $69,500, to match the figure suggested by a group the city brought in to look at the issue. The group had determined that for a city of Erie's size, that the mayor should be paid about $69,500.

"You've heard the will of the people out there," Busta said.

Council voted down Busta's amendment and pushed the $30,000 raise through council a second time.

After the vote, councilman Schwarts defended the measure, casting aside Ms. Kubia's poll, saying the phone calls he received were overwhelmingly in favor of the mayor's raise.