'See what gross inconsistency is tolerated.' 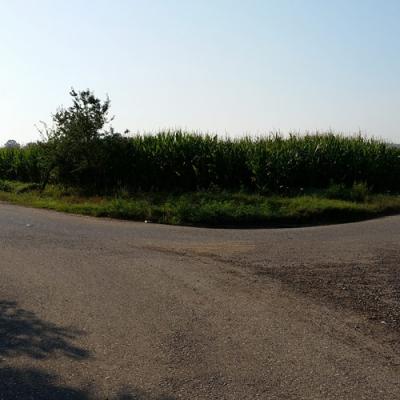 I came into this world, not chiefly to make this a good place to live in, but to live in it, be it good or bad. A man has not everything to do, but something; and because he cannot do everything, it is not necessary that he should do something wrong. – Henry David Thoreau, "Civil Disobedience"

Henry Thoreau first presented a differently-titled version of his landmark essay "Civil Disobedience" at the Concord, Massachusetts Lyceum on Jan. 26, 1848. He'd refused to pay his poll tax, not wanting his own money to support slavery or the unjust Mexican War.

"I cannot for an instant recognize that political organization as my government which is the slave's government also," he wrote.

America was 72 years old. Old enough to know better, but still too young to care? Maybe that was it.

As a country, we're now 168 years older than Thoreau's America. So much better; but still a little immature, still trying to "find ourselves." And hypocrisy – while not typically touted as an American value – remains an integral part of our personal and communal identities.

How human of us.

No wonder we're so adept at recognizing contradiction in our leaders and institutions – and are so incensed by it. But as Jung said, "Everything that irritates us about others can lead us to an understanding of ourselves."

Inconsistency can be like an illness: depleting, destructive, contagious. But Thoreau offered a simple cure: "What I have to do is to see, at any rate, that I do not lend myself to the wrong which I condemn."

Inconsistency can be like an illness: depleting, destructive, contagious. But Thoreau offered a simple cure: "What I have to do is to see, at any rate, that I do not lend myself to the wrong which I condemn."

Thoreau influenced Gandhi, King, and countless other visionaries. His standards for himself were staggering.

But he knew better than to demand perfection from his fellow humans. He didn't say that we must become paradigm shifters in order to do some good. "It is not a man's duty, as a matter of course, to devote himself to the eradication of any, even the most enormous, wrong; he may still properly have other concerns to engage him; but it is his duty, at least, to wash his hands of it, and if he gives it no thought longer, not to give it practically his support."

Recently, on Democracy Now!, journalist Glenn Greenwald discussed the instability that accompanies transitions in government. He emphasized that during these periods, there is more potential for transformative movements – for better or worse.

Greenwald was obviously referring to the new administration in Washington, but 2017 will present similar circumstances for us locally as we choose a new Erie mayor. Of course, everything we decide to vote for, buy, support, or deny offers an opportunity to align our actions with our values.

"Action from principle, the perception and the performance of right, changes things and relations," Thoreau summarized. "It is essentially revolutionary."