Video killed the radio star. But it only took a sad guy in Texas to kill the radio. 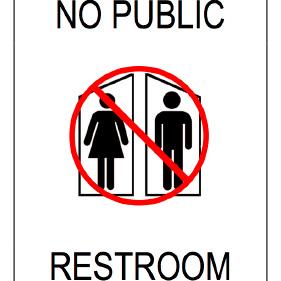 As if 2015 weren't bad enough for the Department of Homeland Security (e.g., in June, internal DHS tests revealed that its Transportation Security Administration failed to stop 67 of 70 guns passing through airport screeners), a U.S. congressman revealed in December that, based on a congressional staff investigation, 72 DHS employees currently appear on the FBI's terrorist watch list. He admitted to Boston Public Radio that DHS's record makes him squeamish about our ability to vet Syrian refugees. (Being on the FBI list is not a prohibited category for buying guns, either, and in fact, the Government Accountability Office reported that 91 percent of listees' attempts to purchase guns in the last 10 years succeeded.) [WGBH Radio (Boston), 12-6-2015] [Washington Post, 11-16-2015]

The vice president of human resources at the Washington Post issued a formal memo in December to reassure female employees in its sleek new office building that people in the seveth floor's central "hub" could definitely not see up their skirts as they walked on the indoor eighth-floor balcony overhang, even through the clear glass barriers. The memo cited HR's "multiple" futile attempts, from many viewing angles, to see no-no's, and thus concluded that the ladies are safe. Nonetheless, the memo encouraged all employees, when in the seventh floor "hub," not to look up. [Washingtonian, 12-9-2015]

Dr. Raymond Schinazi was a federal government employee when he led the team that discovered sofosbuvir, which completely cures hepatitis C patients with an 84-pill regimen, but, as he recently told CBS News, he only worked for the government "7/8th's" of the time and, conveniently, it was during the other 1/8th that he found sofosbuvir. He admits now that he made $400 million selling his sofosbuvir company in 2012 to Gilead Sciences, which famously set sofosbuvir's price for 84 pills to $84,000. Now, the Department of Veterans Affairs, with 233,000 war vets with hep-C, tells Congress that it needs much more money, even though Gilead has "cut" the VA's price in half (to $42,000 per treatment, or $9.66 billion). (In a 2013 medical journal, Dr. Schinazi revealed that sofosbuvir could be manufactured for about $17 a pill, or $1,400 for an entire treatment.) [CBS News, 12-1-2015]

Famously, of course, no central characters from big banks went to jail for crashing the economy and causing thousands to lose their homes and jobs, but the U.S. Justice Department and Securities and Exchange Commission seem rather proud that at least they pressured several banks to pay the government billions of dollars in civil-case settlements. However, the activist group U.S. PIRG revealed in December that of the 10 largest such federal settlements, where banks and corporations paid a total of $80 billion, more than half was characterized as tax-deductible. (In addition, of course, all of the $80 billion was ultimately paid by the banks' and corporations' stockholders rather than by wrongdoing employees.) [New York Times, 12-3-2015]

"It may be the most confusing traffic light you've ever seen," wrote The Boston Globe in December, describing a pedestrian crossing in Cambridge, Massachusetts. If the three clusters of three lights each are dark, drivers proceed. If a pedestrian comes along, one light will blink yellow, then solid yellow, then two solid yellows, then two reds, until two flashing red lights in each cluster appear and in Cambridge (and only Cambridge!), flashing red lights mean ... go (unless pedestrians are actually present). The city has prepared a 12-diagram pamphlet to explain the whole thing, and officials say they have statistical proof from tests that the system enhances safety. [Boston Globe, 12-4-2015]

It was Nick Silvestri, 19, of Seaford, Long Island, who, seated in the orchestra section of the Broadway comedy "Hand to God" on July 2, left his seat to plug his iPhone into an "electrical outlet" on the stage set. Actors, patrons, and management went nuts, but Silvestri ultimately was allowed to stay, and the show resumed. The set designer Beowulf Boritt said later he was proud that he had created a stage set so realistic that the electrical outlet (which of course was attached to nothing) looked so authentic. [Playbill, 7-9-2015, 7-8-2015]

The Angelina County Sheriff's Office (Lufkin, Texas) reported responding to a 911 call about shots fired at a home on Nov. 8, but made no arrest. The male resident was sitting in his pickup, admittedly drunk, and having listened to a "sad song" on his favorite station, he of course pulled his .22-caliber pistol and shot the radio. According to the report, "Suspect's wife took possession of the handgun and suspect." [KTRE-TV (Lufkin), 11-11-2015]

Sweet: (1) As deputy leader of Scotland's South Lanarkshire Council, Jackie Burns was instrumental in the budgetary closing of all 24 public toilets in the area. In November, Burns was fined (the equivalent of about $60) after he, out on the town, could hold it in no longer and urinated in the street. (2) Hector Segura, 29, in town for a Washington, D.C., conference on drug policy reform (with most attendees certain that the "war on drugs" has failed) was found by police naked in a flower bed in a neighborhood near his hotel in Arlington, Virginia, with (according to police) "bath salts" the culprit. It required two Taser shots to subdue him as he pounded on a squad car. [New York magazine, 11-12-2015] [WRC-TV (Washington), 11-23-2015]

China's love of beef, plus a regulation requiring that live animals imported for food be slaughtered within 55 miles of entry port, has created big business for the Australian cattle exporter Elders, which uses double-deck Boeing 747s whose only main-deck passengers "moo" instead of complain about leg room. (Business-class humans still travel upstairs.) Without the flights, the 55-mile rule could be met only by coastal Chinese cities, thus ignoring inland gourmets demanding fresh meat. Unlike the well-fed upper-deck passengers, the cattle get minimal food for obvious reasons. [Business Week, 11-23-2015]

Not Ready for Prime Time: (1) Kenneth Rogers, 45, was arrested in November and charged with breaking into a home in Cape San Blas, located in the Florida panhandle. A burglar alarm notified police, who found Rogers still in the house because he had accidentally locked himself in a room. (2) In Gloucester, England, Jamie Sharp, 25, stole a Porsche and was in the process of telephoning friends to brag when he crashed, pinning himself inside until rescuers (and police) arrived. In December, he was sentenced to four years in prison. [The Star (Port St. Joe), 11-30-2015] [Press Association via The Guardian (London), 12-1-2015]

Villagers in Betul, India (in Madhya Pradesh state), celebrate on the day following Diwali the huge "festival of lights" a good-luck practice of dipping their children into a pool of cow dung, which they view as so "pure" that it will help bring them a life free of ailments. (The cow, of course, is viewed as sacred by India's Hindus, and its dung and urine have long been thought to have medicinal qualities.) The latest series of videos depicting the ritual appeared on India Today in December. [India Today, 12-4-2015]

Drugs Is There Nothing They Can't Do? Brandon Terry and Ms. Casey Fowler were detained after calling 911 five times to report possums jumping out of their refrigerator and microwave, worms from their floor, and midgets in camouflage. They denied any drug use, but police said it was likely "bath salts." (Spartanburg, S.C., November) [WYFF-TV (Greenville, S.C., 11-10-2015]

"Tall, slim, facial symmetry" and "good teeth," along with classic makeup and dress and graceful movement, might comprise the inventory list for any beauty contest winner, and they indeed are also the criteria for victors in Niger's traditional "Gerewol" festival except that contestants are males and all judges are females. A side benefit for the judges, according to a January (2011) BBC News report, is that whomever a judge selects, she is allowed to marry him (or have a fling), irrespective of any pre-existing marriage of either party. [BBC News, 1-20-2011]

Attack of the PACA Comes Back(a)!

by Ben Speggen3/23/2020, 1:19 PM
As some officials like Fauci, radiate calmness, Trump falters without large crowds