Tech Watch: Can't Get No Satisfaction

Despite how many people use Facebook, it turns out that most of the users are not actually satisfied with the social media giant ? most people are actually much more pleased with Facebook?s laughable competitor Google+.

by Michael Haas
View ProfileFacebookTwitterInstagramYouTubeGoogle+LinkedInRSS Feed
July 25, 2012 at 10:30 AM 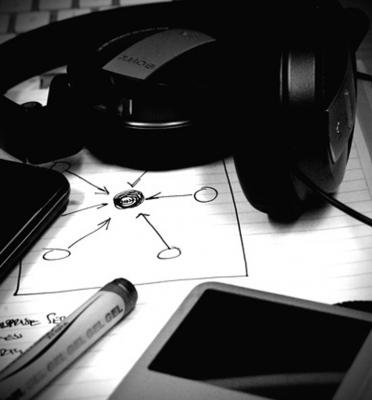 Despite how many people use Facebook, it turns out that most of the users are not actually satisfied with the social media giant – most people are actually much more pleased with Facebook's laughable competitor Google+.

The American Consumer Satisfaction Index (ACSI) conducted a report featuring a scale of 0-100 on how satisfied users were with different social media companies. A lower score indicates more unhappy users. Of the 230 companies evaluated by ACSI in the social media department, Facebook scored one of the five lowest scores with a 61.

Other social media sites also received low scores. Linkedin got a 63, Twitter received a 64, Pintrest scored a 69, and YouTube came into the second highest of the social media department with a 73. The social media satisfaction score overall dropped 1.4 percent from last year. Overall people seem to be unhappy with their social media experience, especially with mobile apps.

On the other hand, Google+ dominated with a score of 78, probably because Google+ is easier to understand, has less glitches, and features a much better mobile experience. It's no secret that Facebook is overdue for a tune up in the mobile app department. Google+ has taken all of Facebook's condemning qualities and used them to boost its mobile app. The app has better speed, less ads, and easier navigation.

So with the lowest of all of the social media satisfaction scores, how does Facebook continually have the largest user engagement? It would seem that people are just familiar with the site and are reluctant to change. But Larry Freed, president and CEO of ForeSee, predicts that if this trend continues to occur, there will be a shift from Facebook to Google+.

"I expect Google to leverage its multiple properties and mobile capabilities to attract users at a rapid pace," said Freed in a press release from the American Consumer Satisfaction Index. "If Facebook doesn't feel the pressure to improve customer satisfaction now, that may soon change."

Facebook may be unwilling to give up without a fight, and it seems that its more than 800 million users are not going anywhere. Still, the trend may begin to catch on – maybe Facebook will become the laughable competitor in Google+'s eyes. It is unlikely, but who knows.

With over 25,000 users in each demographic spread, it's clear that Facebook has the numbers that Google+, Twitter, and other niche networks don't have yet. For any social platform, numbers matter. And until sites like Google+ can get the user base of Facebook, they're going to remain obsolete in cities like Erie.

Michael Haas can be contacted at epic@eriereader.com