When it comes to advertising, should you put all of your eggs in one basket? 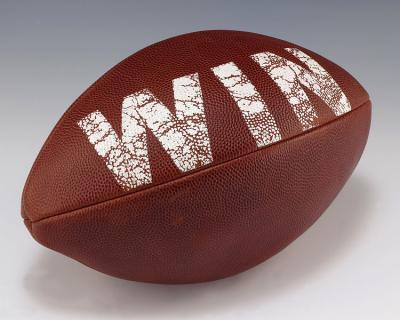 A 30-second TV spot during the most watched event of the year (The Super Bowl) comes in around $4 million – that's roughly $133,000 per second. With today's changing environment some marketing professionals have raised the questions: How else could that money have been spent? What could it have bought? Is it worth it?

I write this article with the assumption that most of you watched Super Bowl XLVII, and paid attention to the commercials. During any other programming, that would be a bold and foolish assumption. With the commercials being as much of a focal point as the game during this broadcast, the Super Bowl provides powerful opportunity to make over 100 million unique impressions with one ad.

There are both pros and cons to this exposure though. The pros are somewhat obvious – exposure to a massive audience that is more than likely paying attention, and viewing the Super Bowl commonly takes place as a communal experience, meaning more people watch it live rather than fast-forwarding through the ads if it had been DVR'ed. Additionally, with such breadth in viewership, these commercials can generate water-cooler conversations and have extended buzz.

Cons include paying a much higher price per impression than a marketer normally might, and with these ads being seen by so many different users, it is taking a buckshot approach. The real cons come about when you consider the opportunity cost of a Super Bowl spot.

Digiday.com did a rough estimate of what could have been bought in digital marketing instead of a 30 second spot on this year's Super Bowl and some of the options included:  about 130 million video impressions on Hulu, an eight-day YouTube homepage ad, and Twitter's Promoted Trending Topic every day for a month.

While I don't believe any of these options would be the correct approach for all companies, a compelling case can be made to go in favor of a digital campaign for multiple reasons. First off, some of the alternative options mentioned above will produce a larger number of impressions. This means advertisers are getting more for their money, and additionally for a company whose target demographic matches with that of Hulu users, it is an obvious answer that the impressions made on Hulu would be more fit than the buckshot approach, which would be taken with targeting Super Bowl viewers.

Granted though, for Super Bowl advertisers it is impossible to factor in and/or measure the buzz that can be created with a Super Bowl advertising presence. Although, it can also be difficult to predict the viral spread and reach which may result from the roughly 130 million impressions on Hulu.

Further, marketers should choose a route other than the $4 million 30-second spot to "diversify their investment," and by that I mean build and implement a more well-rounded campaign. With a Super Bowl ad, most likely you are putting all your eggs into a single $4 millon, 30-second "basket." If that ad is not well received or does not appropriately deliver the message it was intended to, then it can be seen as a loss. If advertisers were to design a long-term digital campaign of equal value, the opportunity to make an impression and change a consumer's notion of a brand or project are much better than with one single commercial.

While I understand why many companies put so much into their advertising during the Super Bowl, I believe some of that money could be better spent and achieve superior results over a long-term digital campaign. By making multiple targeted impressions to users of a primary demographic through a sustainable campaign, branding could be better accomplished.