Smartphones can do a lot for us, but they still come with a lot of frustration. So is it time to embrace the mobile revolution? 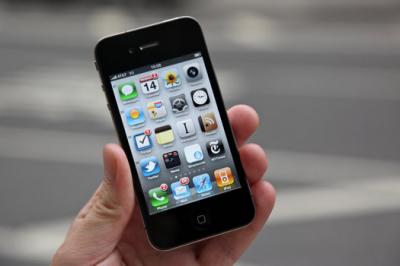 As Erie?s self-proclaimed ?Internet hipsters,? we here at Epic Web Studios have a thing or two to say about the (somewhat lacking at times) Internet presence of Erie and its culture, businesses, and people. We here at Epic Web Studios will continually keep the community updated on all aspects of technology. From website development to smartphones, social media to Silicon Valley, our views and analysis of the latest updates in tech will be flooding your ?News Feeds? at least every week.

Did you know that more than one-third of people own and use a smartphone on a daily basis? Whether it?s Blackberry, iOS, or Android, Americans are moving rapidly towards these phones that can do virtually anything. Yet, like most things in life, when something is too good to be true?it probably is. While smartphones can check your email, give you directions to where you?re driving via turn-by-turn GPS, let you update your Facebook status, and listen to all your favorite music, they  can have a tendency to fail at the simplest of tasks. These phones are now a jack-of-all-trades, master-of-none and are becoming more ?computer? than traditional phone.

And yet, that?s not such a bad thing to have happened.

Sure, we get annoyed at our iPhone dropping an important business call, and we scream and yell when our HTC Thunderbolt can?t send a simple text message, but when it comes down to it, we love our phones and need them to do everything. And in the rapidly changing culture of today?s world, society demands immediate and full gratification on nearly everything we do?from sealing that important business deal to making sure we remember to Skype our relatives in LA and smartphones make these things easier to do. And beyond that, we?re constantly checking our email on our phone as much as our desktop computer now. We listen to music on the road and when we?re out and about by plugging into our car. While we may threaten to throw our Blackberry out the window and purchase a Jitterbug, we never do because our relationship with these phones, while sometimes tenuous, is a symbiotic one that allows us to stay connected to anyone in the world.

While it is easy to point out the flaws of our new smartphone companions, their utility seems to take a backseat in our minds until staring us right in the face. We would be completely lost if we could not use Google Maps to find out where that party is on the West side of town. We may have just continued eating at the same old restaurant if we hadn?t used Yelp to figure out that there?s a brand new place right down the street that?s gotten great reviews. When using a smartphone, a world of information is at our disposal. Luckily, mobile Internet is becoming increasingly more affordable as well, as more and more people realize the necessity and practicality of having mobile Internet on their smartphones.

The future of smartphones seems to be more a question of ?how? than ?if.? They are a part of our life now and show no signs of disappearing. Permeating every aspect of our world from reality TV to the Arab Spring, Smartphones are a staple in the political and business world as well. A recent study has shown that by 2014?just three years from now?mobile Internet usage will overtake desktop Internet. So the Age of the Smartphone is here whether we like it or not as we now live in a world of immediacy. And so when it comes to smartphones, the question is: are we going to be ready to embrace the mobile revolution?