Tech Watch: The Life of an Internet Meme

LOLcats, Chuck Norris jokes, Rickrolling, and so much more...

by Epic Web Studios
View ProfileFacebookTwitterInstagramYouTubeGoogle+LinkedInRSS Feed
March 5, 2012 at 10:51 AM 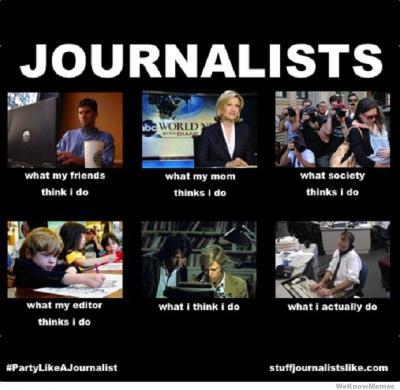 In 1976, Richard Dawkins, a British ethologist, evolutionary biologist, and author, coined the term "meme" as he was conjuring ideas that they are past from host to carrier in a similar manner to genes—replicating, mutating, and every so often, becoming extinct. The term took on a different meaning as it refers to the Internet meme, ideas that spread through populations via the Web.

These Internet memes skyrocketed to popularity in recent years. They can be an image, action, or even a cartoon that has gone viral. In some cases, even Twitter hash tags have become memes trending worldwide. Internet memes are often found plastered all over Tumblr, Facebook, and even YouTube.

General memes are more based on society—those are intended to become super-popularized and spread across the Internet rapidly. The meme that has gained the most traction lately is the simplest: plain white text superimposed on a portrait of some recognizable character. Some of the more popular memes include LOLcats, Chuck Norris jokes, Rickrolling, Epic Fail and (my favorite) Demotivational Posters. In the month of February, another popular meme spread like wildfire; "What People Think I Do" filled our Facebook newsfeeds.

Today memes have a strong influence of modern language and culture, continuing to shape how Internet users live their lives. Not only are they Internet phenoms, they also have become a part of pop culture. The world of marketing and advertising has taken notice of the ever-evolving meme and are trying to profit from them. Memes are inexpensive and trendy, which is why they have embraced Internet memes. Plus, its unique characteristic is to spread like a virus. When more people go online, the stronger memes become. Many people have found fame and fortune with Internet memes, transforming nobodies to somebodies overnight.

Since memes can travel from one site to another, from one social networking site to another, it is impossible to be the sole carrier of the meme even if you are the owner. Being the source of the meme, owners can gain recognition. As the Internet meme gains more popularity, searches will increase, and as a direct result, more visitors will be driven to the website. Successful meme marketing is a lot like viral marketing. It builds up online credibility, increasing social popularity. The meme takes a domino effect: the more viewers that like it, the more they will share it. A meme can reach millions of viewers in a short time.

The perfect place to test the strength of your Internet meme is through social networking. You can monitor the success of a meme by tracking its popularity, viewing "likes," and reading comments or reviews from other social networking users.

If you're feeling creative and humorous, then test your meme creating skills. See if you can generate a meme that gains popularity. Maybe one of our Erie Reader readers has what it takes to create a meme so popular that it will put up a good fight with Chuck Norris.